You have been warned!!!

Sometimes apartment living gets me down. 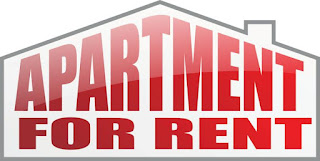 My apartment building isn't that large--30 units--and I know people on all three floors. The landlady really tries to foster a community feeling by decorating for any and all holidays and by doing things like putting out candy for Halloween. People are generally cordial when passing in the hallway or sharing an elevator. The dogs who live here are social ice breakers. And yet ...it doesn't feel like a community.
Someone on my floor is UNCLEAR on the concept of what a trash room is for and assumes it's fine to leave smelly food trash on the floor rather than dump it in the chute. Someone in the apartment thinks that defacing the elevator door with obscene graffiti is an expression of creativity. Someone thinks that it's okay to let their dog piddle in the stairwell (because you know, it's just too far to walk that extra FIVE steps to the outside door). And then there are the people who prop the outside door open, thus negating the purpose of the locked garage. Three different cars have been stolen from that garage and the security tapes (yes, there is a security camera) who that all three of the thieves entered through an unlocked door.
I could make myself nuts complaining bout this stuff but instead, I use it in stories.
Yes, I will turn you into a hateful character that readers will mock!
I will expose and exploit your classless behavior.  I might even use your first name.
You'll likely never know.
You certainly won't change your behavior.
But I will feel a LOT better.
Posted by Katherine Tomlinson at 12:31 PM