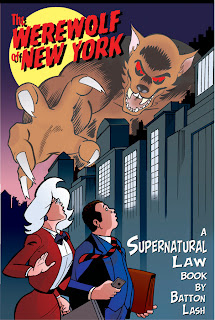 I don't know Batton Lash personally, but I know he's a gracious man. The creator of the Wolff & Byrd "Supernatural Law" comic books, he gave me permission to use the name of one of his characters in one of my "Misbegotten" stories--just because I asked him. He's running a Kickstarter campaign to print his next book, Werewolf of New York.
The project is already fully funded so the extra money will go to a bigger print run. There are some great rewards for donations, and winning one of those rewards is a great way to get to know Batton's work, if you don't already. Here's the link to the campaign.
Posted by Katherine Tomlinson at 11:55 AM No comments:

My friend writer/director John Harrison (Dune, Donor Unknown, Tales from the Darkside) has written his first novel, Destiny Gardens. It's a love-letter to his hometown, Pittsburgh, and a loving recreation of a particular place and time. Part coming-of-age story and part crime fic,the book will be out next month. Here's the cover to whet your appetite.
Posted by Katherine Tomlinson at 7:54 AM No comments: 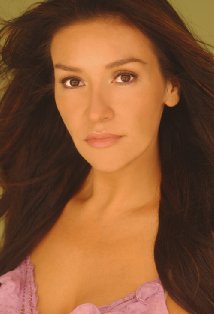 Posted by Katherine Tomlinson at 9:43 AM No comments: