Cover Reveal!! Secrets in the Shadows 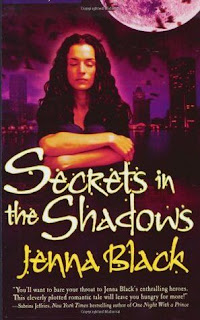 A review of An Excess Male by Maggie Shen King 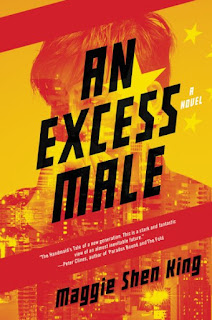 It's a few years in the future and China's now-discarded "One Child" Policy has created a surplus of middle-aged men who have no hope of marrying. To serve the needs of this demographic, which the State has dubbed, "the Bounty," a new form of marriage has been created--the Advanced Family. Women can marry two men (or even three, although that's a bit frowned on) and in the process, can collect a handsome dowry.

Wei-guo, who owns his own fitness business desperately hopes that Wu May-ling will take him on as a third husband but has no idea of just how complicated her relationships are. She's married to brothers Hann and XX and both men have secrets they've shared with her but which could get them sterilized--or even imprisoned--if the government found out.

This is a debut novel from author King and it is spectacular. She tells the story from four different viewpoints, and each voice is beautifully crafted. Along the way there's a generous helping of Chinese custom as well as an overlay of the ponderous bureaucracy of the Communist state, and it all works really well. You can read an excerpt here.
Posted by Katherine Tomlinson at 5:28 PM 1 comment: