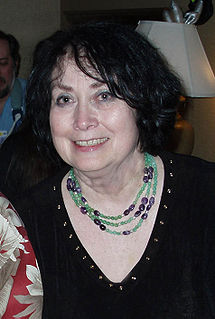 I started reading CJ Cherryh's books in the mid-70s but somehow (denial is a powerful drug), it never occurred to me that she would now be ... coming up on 70.  (September 1, as a matter of fact.) I always figured that she used her initials instead of her full name (Carolyn Janice) because most science fiction writers at the time were men. It never occurred to me that "Cherryh" was not her real last name. According to Wikipedia, she added the silent H at the end of Cherry because her then-editor (Donald A. Wolheim) thought "Cherry" sounded too much like a romance novelist.
Well, nobody mistakes her for a romance novelist now--not after 60 science fiction and fantasy novels, a clutch of Awards (including the John W. Campbell award and a couple of Hugos).
And did you know she taught Latin and Greek after graduating Phi Beta Kappa from the University of Oklahoma and recieving a Master's Degree from Johns Hopkins where she was a Woodrow Wilson fellow.
Cherryh has never pigeon-holed her writing into any specific genre or sub-genre. (In fact, she's gone on record as being very much against that kind of categorizing.) She has written books from alien points of view. She has written books in shared worlds. I am a huge fan of Cherryh's fantasy and the first book of hers I read was the first of the books about time-traveling Morgaine, The Gate of Ivrel. I always thought the time-gates of her Morgaine books were much more interesting than any of the Stargates. I also loved Cyteen, which was a genre mash-up on a grand scale, featuring a cloned scientist trying to avoid the fate of her original.


Cherryh expresses her philosophy on her Amazon author page this way:   I believe a writer owes a reader a book that has more than general despair to spread about: I write about clever, determined people who don't put up with situations, not for long, anyway: people who find solutions inspire me.
She doesn't really update her site very often (as in, not since January 2010), her blog, Wave Without a Shore, however, is more up to date. (She posted yesterday, July 5.) 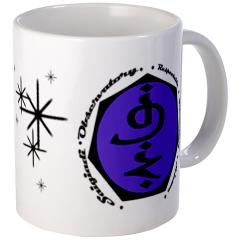 She is one-third of Closed Circle--the other members are her partner, artist-writer Jane Fancher and writer Lynn Abbey.  Closed Circle has a bookstore where they offer their wares and other goodies (as well as the occasional freebie). Don't forget to check out their Cafe Press store for this cool Saigiadi Observatory Mug.
Here's a bit of a self-interview with Cherryh where she talks about books and writers.
Cherryh is on the top of the list when someone asks me for a recommendation of a great science fiction writer.
Posted by Katherine Tomlinson at 7:09 PM