'Tis the Season for Romance 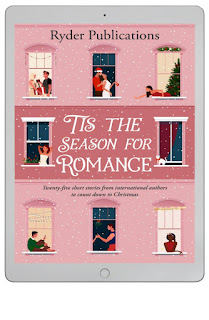 Under various names, I have a number of holiday stories coming out. I'm really excited about the one I'm writing for this collection. It'll be under my Katherine Moore pen name, and another Silver Birch story. Think HEA to the max. And there will be cocoa. And wine. And snickerdoodles, which are my favorite cookie.

You can preorder it now for $2.99 directly from Amazon or for all the platforms through Draft2Digital.

Think of this collection as a whole lot of Hallmark Christmas movies gathered under one cover.

The book publishes on November 1, 2021 so you have almost two months to get into the Christmas spirit!

Posted by Katherine Tomlinson at 8:54 AM No comments:

Heath Lowrance's I Was Born a Lost Cause 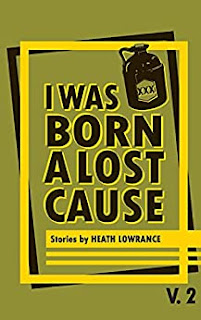 I am a huge fan of Heath Lowrance's short stories. I've read a number of the ones in this collection and I look forward to re-reading them and discovering new ones. Look for a review soon. And in the meantime, buy your own copy here.
Posted by Katherine Tomlinson at 2:53 AM No comments:

I know it's more than a month until Halloween, but I am feeling it!

I recently offered this short story (written under my Kit Blackwood pen name but suitably dark for those who prefer my noir-ish side) to my newsletter subscribers and they seemed to like it. If you'd like it too, just click the SUBSCRIBE button on this page or email me at: kat (at) katparrish (dot) com with the message X and I will send you a pdf copy. 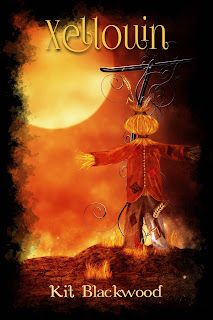 I
Posted by Katherine Tomlinson at 2:48 AM No comments: 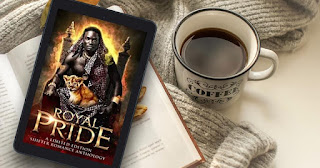 Each page of this anthology offers enchanting tales of transformation and seduction from royal prides to foxy thieves. Lions, tigers, dragons, gargoyles, werewolves, mermaids, and more inhabit each magical story. Fall in love with a shapeshifter in this limited edition collection of shifter romances brought to you by thirteen New York Times, USA Today, and international bestsellers, as well as hot new authors!

Posted by Katherine Tomlinson at 4:34 AM No comments: 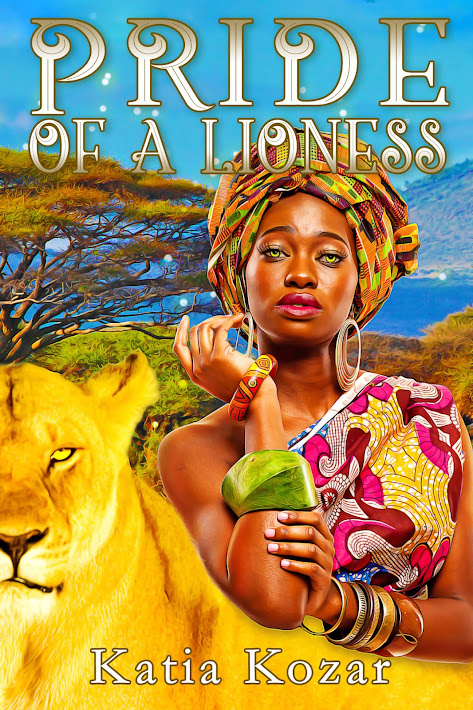 I'm writing stories for a fair number of boxed sets this year. I'm really excited by Pride of a Lioness, which is in the same series as The Heart of a Tiger, which is already out. (Soul of a Leopard will be out in the winter.)

The story will be a part of Royal Pride and is available for preorder here. The preorder price is only 99 cents.

I bought the cover for Heart of a Tiger as a premade from Danielle Ritter of Locus Solus Cover Design, then commissioned the other two covers. I LOVE these designs.

Posted by Katherine Tomlinson at 12:02 PM No comments:

Fire in a Haystack by Erez Aharoni

I bought this book in 2015 and it's been sitting in my kindle for more than six years. Which turns out to be a shame, because I really enjoyed it. It's a legal thriller and the author, Erez Aharoni, is a well-respected attorney himself. (Among his other talents, which are many.) 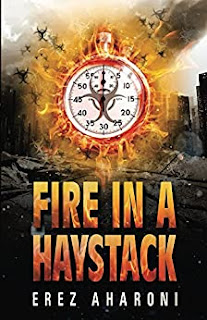 Set in Israel, with a prologue in 2005 and the rest in 2015, but the story feels fresh and very timely. I loved the local color. I loved Ofer Angel, our hero, an intern at a law firm who gets involved in murder, bad corporations and a danger that reaches into his past.

Here's the blurb:  What would you do if you discovered that a lethal virus is incubating in your body and would kill you within a week?

Unless an antidote is somehow found.

Ofer Angel’s life has never been simple. When he was a teenager - his father committed suicide after being rumored to be involved in shady business deals. When he became a man - he had to deal with difficulties at home, but thanks to his determination, he managed to finish law school and was admitted as an intern at a renowned law firm.

Ofer is sent to spend the night with an expert witness for the firm’s most important case. The following morning, he finds the witness dead in his hotel room, a flask from which they had both drunk whiskey on the previous night by his side, infected with the bubonic plague virus, supposedly eradicated from the world.

Before long, Ofer discovers that a certain unknown element is interested in framing him, perhaps even in bringing about his death. But even if that mysterious element is unsuccessful - the virus now incubating in Ofer’s body would eventually kill him anyway within the week, unless an antidote is somehow found.

Will Ofer manage to solve the secrets of his past?

Will he discover who tried to kill him and why?

Is there enough time to find an antidote?

Posted by Katherine Tomlinson at 10:55 AM No comments:

The return of Tsundoku no more

I am determined to read all those books in my kindle, spurred on by the number of times I've seen a book offered for free on one of the daily newsletters I get, only to click over and find that I ALREADY HAVE IT. That happens pretty often, which means I am way, way behind on my pleasure reading.

So returning to the mini-reviews of books I've read. Mostly, I will post good reviews, because who needs a recommendation of a bad book? But sometimes, as a public service, I will share my thoughts about bad books.

I hope you enjoy the reviews and the recommendations.

Posted by Katherine Tomlinson at 7:21 AM No comments: