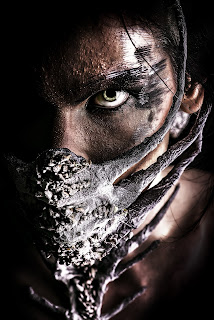 Rena Jacobs had been offered the job via email, which wasn’t unusual.
People were often embarrassed to be associated with a hoarder house, even if they weren’t the hoarder responsible, and they liked to put as much distance between them and the house in question as possible.
Rena understood the impulse. Cleaning other people’s houses wasn’t exactly the career she’d envisioned for herself. But an art history degree doesn’t go very far in a small town, and when the owner of the gallery where she worked had died, she’d found herself with few prospects. After maxing out her credit cards, and discovering that any job she was qualified for was already being done by unpaid interns from the local university, she’d narrowed her options to medical transcription or becoming a career barrista.
And then one day as she was channel surfing, she came upon a reality show about hoarders. It was perversely fascinating and Rena found herself sucked in. At the end of the episode, a team of specialty cleaners had been brought in to bring order out of chaos. There’d been a phone number to call for people who needed “help with a “situation,” and when Rena had called, she’d found herself on the phone with John T. Macallan, who was more than happy to talk to her about franchise opportunities with KLEEN LIVING.
Read more »
Posted by Katherine Tomlinson at 10:28 AM No comments: