In the Dark of Night Book Fair

All kinds of spooky books are available here.

Posted by Katherine Tomlinson at 3:45 AM No comments:

Whipping Boy, a new mystery novel with a touch of romance 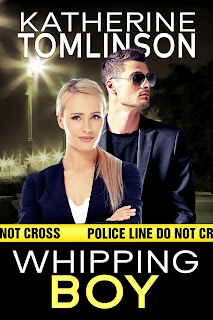 I originally wrote Whipping Boy when I was still living in Los Angeles, and it reflects my love/hate relationship with the city. Most of the action takes place in an apartment building where the female protagonist lives, and I repurposed another apartment building I knew pretty well (friends of my sister lived there) to be the location, right down to the little ornamental pool in the center of the tiny courtyard. I published it in paper first so that I could have a shiny copy on my bookshelf and also to give to friends, including the woman it's dedicated to, a mystery writer in her own right.

It's a short novel (only 42,000 words or so), so what Amazon calls "a short read." I've put it on KU in case someone wants to read it as part of their subscription. I am rather pleased with it. If you'd like to check it out, you can do so here.

Lark Riordan works long hours as a crime scene investigator. She does not expect to return home to find one of her neighbors murdered.

Max Switek is the decorated homicide detective who catches the case. He is familiar with the victim, as he is with all of Lark’s neighbors.

He spends a lot of time with Lark, and not just in a professional capacity.

This does not go unnoticed by either his father—a cop-turned-judge—or her mother—the ex-wife of a womanizing actor who’s just been nominated for an Oscar®.

Who just happen to be married to each other. Even for L.A., it’s complicated. But so is the case, and there’s no shortage of people who wanted Jimmy Morrissey dead, and the chief suspect out of the way.

Lark and Max take the case personally, and with help from a surprising source, they’re going to solve it.

Now if they could only do something about their love life.

Posted by Katherine Tomlinson at 5:02 PM No comments:

The first in a new vampire series 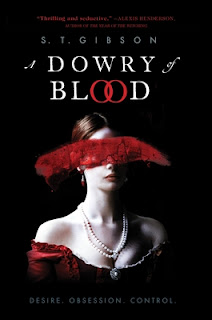 Here's the blurb for the evocatively titled, Dowry of Blood. It's a new take onthe classic work Dracula.

This is my last love letter to you, though some would call it a confession. . .

Saved from the brink of death by a mysterious stranger, Constanta is transformed from a medieval peasant into a bride fit for an undying king. But when Dracula draws a cunning aristocrat and a starving artist into his web of passion and deceit, Constanta realizes that her beloved is capable of terrible things.

Finding comfort in the arms of her rival consorts, she begins to unravel their husband's dark secrets. With the lives of everyone she loves on the line, Constanta will have to choose between her own freedom and her love for her husband. But bonds forged by blood can only be broken by death."A dizzying nightmare of a romance that will leave you aching, angry and ultimately hopeful." --Hannah Whitten, New York Times bestselling author of For the Wolf.

You can read an excerpt here.

Posted by Katherine Tomlinson at 10:32 AM No comments: 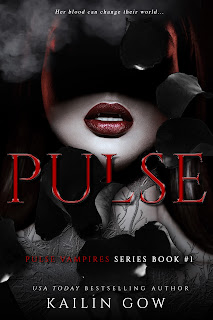 Publishers, both traditional and indie, begin pumping out the horror in October. Vampires are everywhere. Here's one that's free across all the ebook plaforms. This is specifically offered as a review copy, so it would be nice if you left a review.  You can follow author Kailin Gow on Goodreads. She's pretty amazing. Here's her website.

It's also available on Kindle, but it's $2.99 there. It's the first in a new series, so if you like it, there are more to come!

Posted by Katherine Tomlinson at 8:16 AM No comments: 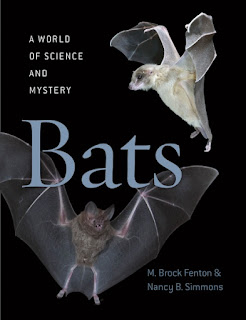 The University of Chicago Press has a program where you can sign up to get a free ebook every month. This  month you can grab a book on bats. The link is here.
Did you know you could also snag some free and cheap books on Tor's freebie shelf on Goodreads? (Some of the books are not free, so it's a bit of false advertising, but some are, like Martha Wells' All Systems Red.) You can find the link here.
Posted by Katherine Tomlinson at 5:28 AM No comments:

The month of Halloween is here! 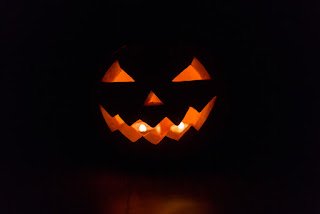 I don't know about you, but I was never very good at carving jack o' lanterns. Every year I would get those little "carving kits" and every year I would just end up puttimg a pumpkin out on my front stoop to indicate that I had the Halloween spirit if not the skill to manifest my carving dreams. I'm constantly amazed when I see those articles with pictures of really elaborate jack o' lanterns.

I remember the first year "ghost pumpkins" came on the market. I was in Los Angeles, working for Los Angeles magazine, and a rep from one of the local supermarkets came in with the white pumpkins. We were all amazed. (Now, apparently, they have blue pumpkins. I'd like to see a black pumpkin. I bet people would snap those up.)

I have a bunch of October/Halloween-themed book reviews coming up. Stay tuned.

Posted by Katherine Tomlinson at 6:23 PM No comments: