Kentucky was once known as "the dark and bloody ground" but to my mind, it's Kansas that deserves that appelation. We tend to think of Kansas as the birthplace of Dorothy Gale and the starting point of the Wizard of Oz, but it is equally the place where, 1959, a family named Clutter was murdered by Richard Hickock and Perry Smith. A chronicle of that crime became famous as the first "non-fiction novel" and In Cold Blood catapulted writer Truman Capote to literary stardom.

Kansas is also the setting of Ann Rule's true-crime best seller, Bitter Harvest. Like so many of Rule's books, this one revolves around a seemingly perfect woman (a doctor with her own medical practice, a physician husband, three loving children) who isn't what she seems to be. 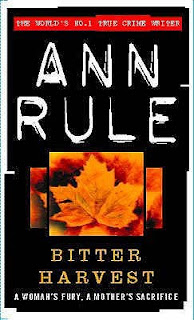 Sara Paretsky set her stand-alone novel, Bleeding Kansas, in the state where she was born, and in her introduction and "background" to the book, she talks about what her Kansas childhood meant.


Posted by Katherine Tomlinson at 4:33 PM