North Korea is in the news right now and for most people, impressions of "the Hermit Kingdom" are mostly gleaned from news stories and old M*A*S*H reruns. There was a chilling collection of photographs smuggled out of the country a few years ago and the story those stark images told was dire--child laborers, malnourished people gathering grass to eat. Here's a list of books offering more perspective: 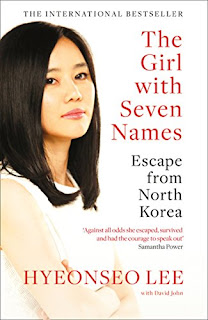 1.  The Girl With Seven Names: A North Korean Defector's Story. the author, Hyeonseo Lee still lives in South Korea, where she's an activist. You can follow her on Instagram(@hyeonseolee) and Twitter (@HyeonseoLeeNK)

2.  Eyes of the Tailless Animals: Prison Memoirs of a North Korean Woman. As you might imagine, this is one tough read. The author was arrested on false charges, held and tortured for a year until she finally confessed and then served more than a decade in one of the most inhumane prison systems in the world. Soon OK Lee now lives in South Korea.

There are actually dozens of memoirs of defectors. Others include: In Order to Live. Dear Leader:  My Escape from North Korea, Stars Between the Sun and the Moon: One Woman's Life in North Korea and Escape to Freedom, and A Thousand Miles to Freedom. 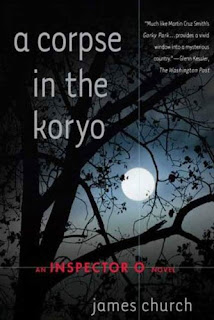 3.  A Corpse in the Koryo. This is the first of the Inspector O novels by James Church, mysteries set against the backdrop of North Korea's totalitarian regime. The books have been compared to Philip Kerr's Berlin Noir books about Nazi Germany and Martin Cruz Smith's Gorky Park and other Arkady Renko novels.

4.  The Orphan Master's Son. This epic novel about North Korea won Adam Johnson a Pulitzer Prize. It's the kind of story made for a miniseries, or a movie like The Last Emperor. It may remind readers of the work of writer Khaled Hosseini, who wrote The Kite Runner and A Thousand Splendid Suns.

Posted by Katherine Tomlinson at 10:43 AM