For most people, the state of Delaware is mostly famous for being the birthplace of everybody's favorite ex-VP and current meme star, Joe Biden. Delaware is a small state, located on the Delmarva Peninsula (Delaware/Maryland/Virginia) and unless you have a destination in mind--like heading for Rehobeth Beach, it's mostly a drive-through state. (The top ten attractions are mostly museums housed in stately buildings that were formerly private homes.) 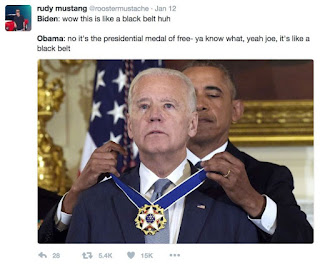 I've read two books set in Delaware (that I know of), Ann Rule's And Never Let Her Go, the chronicle of Thomas Capano, who killed Anne Marie Fahey, who was secretary to the Governor. "Tommy" is a mesmerizing figure--a wealthy attorney (and former state prosecutor) with a very dark side. This book isn't as well known as Rule's book about Ted Bundy, The Stranger Beside Me, but it's a fine example of her style and substance. 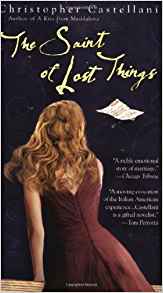 The other book I've read couldn't have been more different. The Saint of Lost Things is an immigrant story, a family story, a woman's story. The characters in the novel are particularly well-drawn, and the central character, an Italian woman named Maddalena who has been trnsplanted to Wilmington, Delaware in the early 50s, is a memorable woman. There's a sequel to the novel, All This Talk About Love and a prequel, A Kiss from Maddalena, but I haven't read either of them.


Posted by Katherine Tomlinson at 10:02 AM