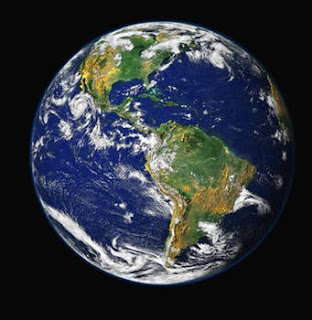 If you Google "best books to read for Earth Day," the first hits that come up are for children's books (including The Lorax by Dr. Seuss). That's great, because environmental education needs to start early before the habits of careless consumerism become ingrained and careless disregard of Mother Earth becomes a way of life. t's the adults who are okay with the dismantling of the EPA, or are okay with rollbacks of protections on clean water, and clean air who honestly believe that "global warming" is a hoax invented by China. The people who dismissed Al Gore's thoughtful documentary An Inconvenient Truth are not going to pay attention to True Activist's list of "Worst Man-Made Disasters of 2016 You've Probably Never Heard Of."

The thing is, climate change deniers really aren't going to be persuaded by logic or argument. But there are subversive ways to send a message. And books are the best delivery system for this message. Here are the books I recommend recommending to anyone who's still not onboard with saving the planet. (See the Atlantic Monthly's article on "Climate Fiction," which asks the question, Can books save the planet? 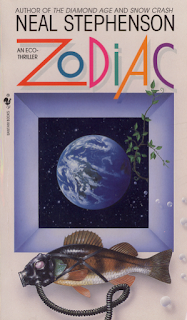 1.  Zodiac by Neal Stephenson. This was his secondnovel and it's the story of a charismatic jerk of an environmental activist who discovers that something has gone terribly wrong in Boston Harbor. It's laugh-out loud funny (and also short, which most of his more recent books have not been), and there's a sobering message about meddling with Mother Nature underpinning the hijinks. (You can read a synopsis of it here.)

2. Boneshaker by Cherie Priest. This steampunk/science fiction story takes place in an alternate, 19th century  Seattle where a massive industrial accident (think Bhopal) has poisoned the air in the city's center and turned people into zombies. The novel was nominated for both the Hugo and Nebula Awards and won the Locus Award for best science fiction novel.

3.  Lilith's Brood by Octavia Butler. This is actually a trilogy--Dawn, Adulthood Rites, and Imago. In the book, the environmental disaster is nuclear, the result of an all-out war between the United States and the Soviet Union. The book was published 30 years ago and remains a frightening cautionary tale while also delivering a thrilling science fiction epic. 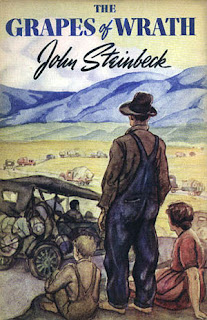 4.  The Grapes of Wrath by John Steinbeck.  Two words:  Dust Bowl. Most people are introduced to Steinbeck via his novella, Of Mice and Men, but this book, which won both the National Book Award and the Pulitzer, is his masterpiece. My parents were born into the Depression and it shaped their lives. They collected scrap metal for the war effort in the 40s and even in the country's post-war boom, they lived frugally. (My maternal grandmother cross-stitched a sampler with her motto:  Use it Up, Wear it Out, Make it Do, or Do Without.)

5. The World in Winter by John Christopher. In this "new ice age" of a book (think Day After Tomorrow), a winter no one predicted coming just never ends after a very long and harsh season. For those who have lived through increasingly savage winters of "Polar Express" weather and snowfalls that last well into spring, this story will be particularly frightening. 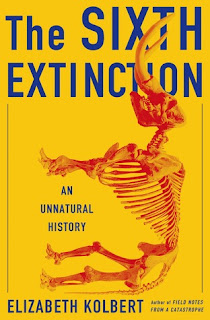 6.  The Sixth Extinction by Elizabeth Kolbert. Give this book to horror fans because that's exactly what it is--a brilliant examination of just how badly humans have messed up. They will WISH it was fiction when they're done. This book won the Pulitzer Prize in 2015 and it should be on the bookshelf of anyone who cares about environmental issues. Donate a copy of this book to your library. Send it to your relatives. If nothing else, it might motivate a few donations to some environmental causes. And God knows, they can use all the private help they can get right now.


Posted by Katherine Tomlinson at 12:10 AM