Aloha!  You can't really take a road trip to the Hawaiian islands, but let's not be too literal here. I lived in Honolulu for a year in my twenties, sharing a one-bedroom condo that belonged to my roommate's uncle in a place called Nuuanu Towers. We had a view of Diamond Head in the distance and the Iolani Palace (aka,the headquarters of the classic Hawaii 5-O starring Jack Lord). The year I lived there, everyone my rooomate and I had ever met wanted to come visit us and they always wanted to go to the Iolani Palace. Because the show was still in production, tourists would often get to catch glimpses of the show's stars. James MacArthur was known to be particularly gracious and would often mingle on his lunch breaks. (And because life takes strange detours, one of my former landlordes is now the producer of the reboot of the show.) 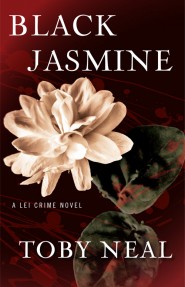 I actually started one of my first crime stories while living there. It started with the word "Pau," which is Hawaiian for "finished" but pronounced as in "pow" like the gunshot.  I still have that story somnewhere although I'm pretty sure I'm never going to finish it.
Myster writer Toby Neal has a whole series of "Lei Mysteries" set in Hawaii (well into the double-digts by now) as well as a grittier series called "Paradise Crime." She also has a couple of one-offs.
The books cover topics as trendy as the "farm to table" movement and as classic as artifact looting. There's a real "island feel" to the books--not something you could pull off after taking a cruise and then watching a lot of YouTube videos. Toby is currently living in Northern California due to family obligations, but you can tell her heart belongs to Hawaii. (In my stay in Honolulu, I learned just enough Hawaiian to be able to say, "My heart belongs to Hawaii."  Ko'u naau no i Hawaii. Pronounce every letter and you'll get it right.

When I was living in Hawaii, there were a number of issues that were starting to bubble up, including the rights of people with Hansen's Disease (more commonly known as leprosy) to be "mainstreamed." (My roomate attended the church where Father Damien first preached in Hawaii, before he went to the island of Molokai (one of the most beautiful of the islands) to serve at the leper colony there.) 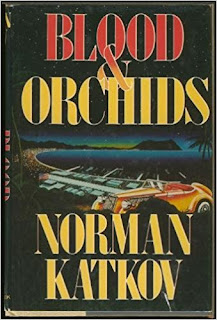 There were also tensions among the native Hawaiians and the military population stationed there, among them the Marines and Navy men on the island of Oahu. That's nothing new, one of the most crimes in Hawaii history, the Massie case, occurred in 1931 and involved the rape of a white woman and the lynching of one suspect, Joseph Kahahawai by the victim's husband, mother, and two sailors. the case was fictionalized in the novel Blood and Orchids, which was made into a television movie.
famous
To my mind, the best book about Hawaii is probably The Shark Dialogues, written by Kiana Davenport, who traces her ancestry back to the first Polynesian settlers on the islands. It's a richly layered family saga-type book (much like James Michener's book Hawaii), and  though set in contemporary Hawaii, it's filled with myth and legend. IN some ways, it reminded me a lot of Maxine Hong Kingston's The Woman Warrior, although Kingston's book is a very different genre. 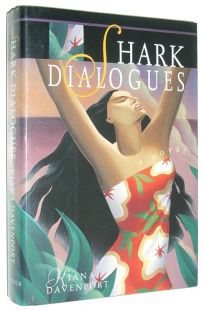 Posted by Katherine Tomlinson at 11:53 AM