Woman in the Rain: A Picture is worth a thousand words -- or more 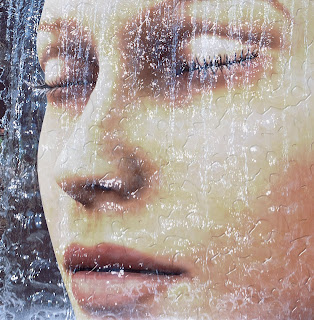 One of the things I do on a regular basis is shop for images on sites like Bigstock, Dollar Photo, and the like. Sometimes I'll buy a month long subscription and download tons of images I think I might like to use for the blog or for one of the various content-provider jobs I have, or as the basis of a book cover.

I've been playing with the idea of a new paranormal series about a woman who can bring the rain. I have one novelette in the series (Let It Rain, see cover below right) that will publish this summer, and if people like it, there will be more stories.

I'm fascinated by rain. I grew up in a place that was ravaged by two hurricanes when I was in high school. I know how destructive water can be when it's unleashed on land, whether it's a tsunami or a hurricane, or just a flash flood. (In fact, WATER is the most destructive force on earth.) I lived in Los Angles for decades and the whole time I was there, the state was in a state of drought. Meteorologists promised that this, an El Nino year, would bring relief. It hasn't so far, not really. Instead, it's dumping water on Seattle, which has had its rainiest year in more than a century.

Define irony. Bringing more rain to the Pacific Northwest is like bringing coal to Newcastle. And I can't help but think that if there WERE such things as water witches, they'd be in high demand in L.A. I'm talking about people with powers beyond water diviners and water dowsers, a character who could literally make it rain. Where would the rain shadow be? What land would suffer drought in the wake of her magic-working?
Posted by Katherine Tomlinson at 2:43 PM