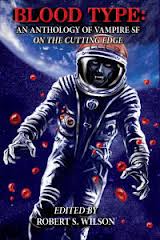 You’re originally from London. What brought you to Sydney and how long have you been there?

You’ve published a number of short stories, was it hard for you to transition to longer work like Release?

Yeah, longer work's tougher, no question. First drafts of short stories usually take me about ten days to complete, which means it's out of my system quicker and I can move on sooner. The thing about longform work is that you really need to be sure you like these characters and this world enough to soldier on with them for months, maybe years at a time, and even if you do like them enough to do that, there's gonna be points where you get thoroughly sick of them and begin to cast longing glances at your notebook full of ideas for other novels. But if the idea is genuinely good - and bad ones will reveal themselves relatively quickly; they're unsustainable and blow over like cardboard - then it's worth pursuing to the end. 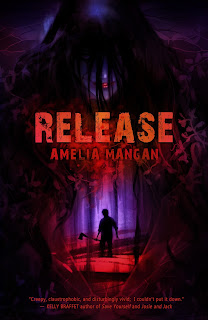 Was Release your first novel? How long did it take to write?

It's not the first novel I attempted, but it's the first I ever finished. I'm a little embarrassed to say it took eight years, mainly because I was at university and then did the postgrad thing and, basically, life and physical exhaustion got in the way for a bit. At one point I came dangerously close to just destroying the file and salting the earth behind it, but reason (I won't say sanity) prevailed.

Do you have a “process” for writing? A certain number of pages a day? Or words a day? Do you write on your birthday and holidays? Take weekends off?

I try to do at least five hundred words a day, but if I don't meet that, I don't sweat it (unless I'm on a deadline, of course). My feeling is that, even if you only get one sentence down in a day, you're a sentence ahead of where you were the day before. And I hate that whole "REAL WRITERS WRITE EVERY SINGLE DAY OF THEIR LIVES NO EXCUSES I DON'T CARE IF YOUR WHOLE FAMILY DIED" thing that's become prevalent in writing communities; I see how it can be useful to some who find it difficult to actually sit down and do the work, but too often I see it used as a stick for writers to beat themselves with when they fail to meet that self-imposed standard. And writers don't need any more excuses to hate themselves.

Do you listen to music when you’re writing? What’s most often on your playlist?

Not while I'm writing - I need silence for that - but adjacent to writing, absolutely. Everything I've ever written has a playlist; a few of the ones on Release's (Irma Thomas' "Ruler of My Heart", Wanda Jackson's "Funnel of Love", the folk song "In The Pines", Patsy Cline's "Walking After Midnight") made it into the text. The style and tone of the music on each playlist varies according to the style and tone of, and emotional state I want to evoke with, each individual story, but PJ Harvey seems to show up on all of them eventually - which, seeing as how she's my favorite musician, is not entirely surprising.

Your genre is horror. Who are the horror writers who inspire you? Scare you? 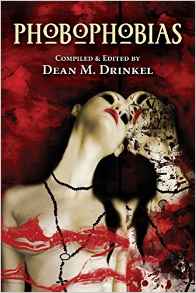 My favorite author, Joyce Carol Oates, can horrify like none other; she may be more widely considered to be a writer of "Literary Fiction" (whatever that is), but my introduction to her was the novella First Love: A Gothic Tale, a sliver of a book, picked up by teenage me primarily for its title, that kicks you in the gut and heart harder than a Clydesdale. The late, great Tanith Lee, for sure. Alan Moore in From Hell mode. Nancy Holder's Dead in the Water is one of the creepiest books I've ever read; Anne Billson's vampires-in-the-fashion-industry tale Suckers, one of the most cutting.

What was the first short story you ever published and where?

That would be "Christobel", published when I was about eighteen, in a somewhat awkwardly-titled antho called Akujunkan. I think its sales figures tied with those of an IKEA catalogue from 1986, but, still, it was my first ever professional sale, so I'm grateful to it for kicking this whole career thing off.

You’ve participated in a number of themed anthologies. Where do you find out about them? Any sites you haunt (Dark Markets, Aswiebe) to find markets?

These days I tend to get invited to contribute rather than actively seeking out markets (which suits me at the moment, as I'm working on Book No. 2). Though I do still send in submissions if an antho's concept or personnel are interesting enough, or if someone I trust suggests I give it a shot. In some cases, editors I've established good working relationships with recommend me to other editors, which is very nice. But I should stress that it took a long time, and a lot of rejected submissions, before I got to that point; I generally used The Horror Tree and Duotrope to find markets. Also, good old-fashioned Googling.

Have you ever been tempted to put an anthology together yourself? 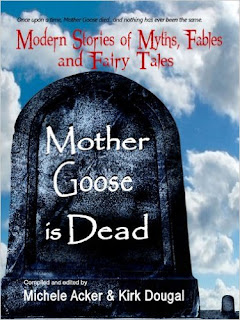 I've definitely thought about it, but handling other people's work is a pretty big responsibility, and I take that too seriously to risk messing it up. Never say never, though.

What blogs/sites do you regularly visit? (They don’t have to relate to books or genre)

John Coulthart's Feuilleton is an absolute must if you like decadent art, surrealism, the occult and/or awesomeness. Warren Ellis' musings over at Morning.Computer are always wonderful, as is his newsletter. I love The Arkham Sessions, a podcast that examines Batman and his rogues from the point of view of a professional psychiatrist. And for years I've been a huge fan of B-movie review site And You Call Yourself A Scientist, which is owned and operated by an actual scientist, though these days, sadly, she tends to update fairly sporadically.
Pinterest: Yes or No?

Nah. I spend too much time on Twitter and Facebook as it is; I can't afford any more distractions.

Cats. I like dogs - in fact, I have a story in an upcoming dog-themed antho, In Dog We Trust - but it's cats who possess my soul.

I don't think there was ever a time when I didn't. None that I can recall, anyway. The first story I ever wrote was something about a butterfly in the Amazon when I was, like, two. 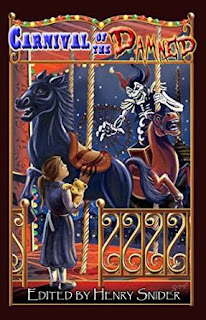 I change it up constantly. I've learned that that sort of thing is dependent on the needs of the individual story; it tells itself the way it wants to be told, and if I try to force it into a mode of expression that doesn't come naturally to it, the end result will just be stiff and awkward.

Oh, yeah, all the time. Again: however the story needs to be told, that's how I'll tell it.

Good question. I don't know. I've noticed that whenever I attempt to write something nice and socially redeeming with sane, likable characters, it rarely works out. But I just finished work on a story called "The Scorpion Dance", which is absolutely the darkest damn thing I've ever written, and there's a real joy in being able to dive that deep and come back up for air again, hopefully with something a bit truthful and beautiful clutched in your hand. So that's a pretty optimistic thing, I think. There's something to be said for plumbing the depths, provided you don't forget your oxygen tank.

I write from male POVs all the time - Release is from the POV of a man. And, yeah, I've written a few POV characters who are religious, a few whose race and culture differ from mine. The dramatis personae of Release are admittedly pretty darn homogenous, but, in fairness, that takes place almost entirely in a farmhouse in the remotest corner of the Midwest, and only has, like, three characters.

Have you ever belonged to a writer’s group? If so, did you find it useful?

I've got a BA Honors in Creative Writing, so, yes, I was part of a writer's group for three years. I guess it's good to have those qualifications under my belt but, if I'm honest, no, I never found the critiques particularly useful. In my final semester, though, I did an exchange-program thing with the University of East Anglia, where I had an amazing tutor, Carmel Winters, who'd make me rewrite over and over until the piece was as close to perfect as it could possibly be. She was great, and her group - a small and very tightly-run ship - was really good, too.

Do you attend genre/pop culture conventions?

Not really - too busy these days. I'd like to go to writers' conventions, try to network a bit, but we don't really have those in Sydney.

You’re in the Southern Hemisphere…what’s your favorite constellation?

Leo. Because I am one.

Do you ever sing in the shower? If so, what’s your song?

Whatever's stuck in my head at the time of showering. At the moment, it's PiL's "This Is Not A Love Song".

Ones that I've written or ones that I've read? Choosing between my own is like trying to pick a favorite child, but at the moment I guess I'd go with: 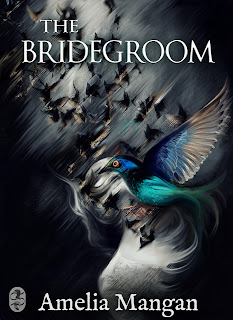 Have you ever written a story that made your friends or family recoil? (My brother once asked me if I ever wrote any happy stories.)

Oh, all the time. All the time. If they're not even a little bit put off, I probably haven't done my job right.

At the moment I'm reading Alan Greenberg's Love in Vain: A Vision of Robert Johnson. Which isn't the dry biography the title suggests, but rather a legendary unproduced screenplay, beloved by David Lynch and Martin Scorsese, chock-full of folk-magic realism and ecstatic Blakean imagery. Maybe it's a good thing that it's never been produced (and, given that it's been available in book form since 1983, likely never will be); the film couldn't possibly live up to the images it conjures in the reader's mind.

Cruelty. Which is maybe a bit odd for a horror writer, especially one whose work generally does tend to center around humans being unimaginably cruel to one another. But I suppose it's precisely because I have a horror of it that I'm willing to cut it open and try to figure out how it works.

Connect with Amelia on Goodreads.
Posted by Katherine Tomlinson at 5:56 PM