Introducing Kat Laurange, author of Somebody Brave, published this week. 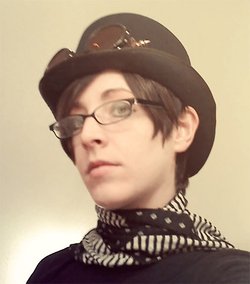 I am in awe of what you get accomplished. I’m connected to you on Good Reads and every time I log on, you have read two or three more books and reviewed them. With a freelance career and a young son, and other commitments—how do you do it? Do you ever sleep? (I am totally onboard with your petition to have the day extended to 72 hours).

Wow, thanks! I've gotten pretty good at wedging things like reading into the interstices of daily life and responsibility--you can get a surprising amount of reading done in little five minute bites.

Do you listen to music as you work and if so, what was in your playlist for this book?

I try to find music that suits the mood of whatever I'm working on. A lot of writers use movie soundtracks, but I can't do that--that music already belongs to a different story, you know? My playlists usually end up a weird mix of Japanese rock (I love Gackt), bluegrass, and indie music.

AP or Chicago Manual of Style?

AP ALL THE WAY. And yes, I deplore the Oxford comma (but I'll still use it if it's truly, absolutely and entirely necessary)!

If you could live during any era in any place, where would it be, and what is it about that time/place that attracts you?

I'd like to be a pioneer: so I guess either back in the 1800s when the American frontier was being explored, or else sometime in the future when we start colonizing other planets. The adventure and the hard work really appeal to me, as well as the idea of both being far away from the parent civilization and starting something new. Interplanetary colonies probably don't need artists, though, so I'll probably have to learn a new skill before they let me go to Mars. :D

Which came first, the pictures or the words? Or did you always write and illustrate your own stories?

Pretty much for as long as I can remember! When I was about 7, my parents gave me a laptop (this was in the mid-80's, so you can imagine this little kid pecking out stories on a huge brick of a machine), and I wrote stories about my stuffed animals and their adventures, and drew pictures to go along. When I get stuck for an idea in my writing, I can usually turn to my sketchbook and knock some things loose from my backbrain--often, things I hadn't even considered in the forefront of my mind! So the drawing informs the writing and vice versa.

You’re a comic book artist. Did you read comics as a child? If so, were there artists who inspired you? 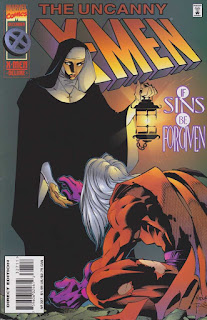 It was high school when I got into comic books, and I still have the first issue I bought, purely for the cover art. It was Uncanny X-Men #327, drawn by Joe Madureira. Fortunately the story was as engrossing as the cover was cool, and I became an instant X-Men (and Magneto, and Joe Mad) fangirl for life.

Marvel was my entry point into comics fandom, but you know what? DC has cool stuff too. You don't have to choose. It's like saying if you like cake you can never eat pie--have both!

That's a tough question! It's either The Snow Queen or Sleeping Beauty, and I think you can make the argument that they're really the same story with the genders of the protagonists swapped. After all, though the boy in TSQ is not literally asleep, still the heroine has to brave many dangers before she reaches the castle and reawakens his soul. With a kiss, even, if memory serves! There's something beautiful and romantic about that.

What blogs/sites do you regularly read?

My blog reading has definitely fallen off in my three-ring-circus-juggling-act of life, but I follow The Mary Sue for geek news, and io9, and a few writers' blogs (Sarah Rees Brennan, NK Jemisin, Tom Simon, and John C Wright, to name a few) and a couple of Catholic blogs as well. But if you looked at my feedly, you'd see I'm months behind on all of them!

I'm addicted to Facebook! I have an art page here. 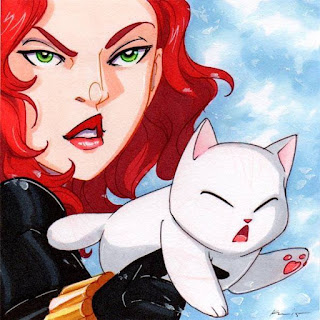 Did you have a pet as a child? Do you have one now?

I've always had cats, always! My very first cat that was my own and not the family pet was Shawna, a beautiful fluffy tabby, when I was in third grade. Right now my family has five cats (I know! we have a fatal cat addiction!), including a three-legged rescue named Mako.

If you weren’t a writer/artist, is there anything else that would draw your interest? Any other career you might have followed?

When I was a kid I wanted to be a veterinarian. I don't think I'm quite made of stern enough stuff to handle that career: seeing animals suffering is too much for my heart.

Do you have a writing “process?”  Do you have a set number of pages/words you write every day no matter what?

Not so much a "process" as "sit backside in chair, don't get distracted, write as much as you can." The first thing I do when I sit down to write is go over previous material to get into the headspace. After that it's just a matter of fingers on keyboard. Not very fancy! 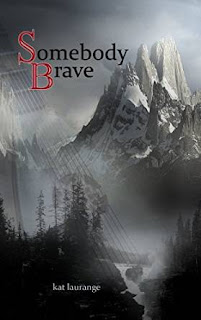 You studied animation at the Art Institute of Dallas. Have you made any animated films professionally? Any of your work online at Vimeo or YouTube?

I was a concept artist on a direct-to-video adaptation of the story of David and Goliath, and I did the initial character and BG concepts (as well as a bunch of storyboards) for an animated web series called Bowlopolis. You can see the trailer here.

There's also this crazy thing I worked on with my animation teacher. I'd say most of the actually good animation is his, but I did concepts, layouts, backgrounds, boards and rough animation for it. :D

You have a young son. Does Vincent have a favorite animated movie?

Well, with young kids they leap from passion to passion pretty quickly. He loves anything with robots, so for a while Big Hero Six was THE movie. Right now he's in a Star Wars phase, so we've been watching the Clone Wars animated show together.

It really depends on how the story needs to be told, you know? Some stories need first person, whereas others demand third. My current WIP is third-person omniscient, which is not a popular POV right now, but it's what the story demanded.

I prefer not to! But I admit I have sometimes done the artsy trick of switching to present tense within a mostly-past-tense work, in order to up the immediacy.

How about ... a cynical optimist. Things can (and probably will!) always get worse, but they'll all work out in the end!

Oh, certainly! Telling stories (and reading them too) is all about immersing yourself imaginatively in someone who is not you. Since I write mostly fantasy, all of my characters are from a different culture from myself--even if a made-up culture! As for writing from a male POV: some of my favorite characters are my boys. In Voyage to Ruin, my indie pirate fantasy, 2/3 of the POV characters are male, and in my current WIP, the male lead gets several POV chapters. 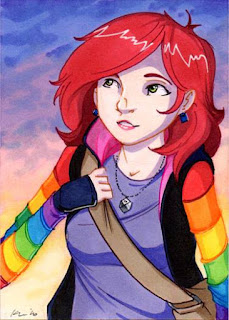 To quote Miguel and Tulio, the mighty and powerful gods, "Both! Both is good."

I love that you are connected to so many of your relatives on FB. And that “Harmony” was your mother’s maiden name. I would so have kept that name if it was mine. Was your family supportive of you going the freelance route rather than getting a “real” job? (To her dying day my grandmother could not wrap her head around the idea that one of my jobs was doing book reports for a living.)

My family has only ever been supportive; I'm lucky, happy, and blessed to have them behind me all the way, especially since I know many many artists who do not have their families' support.

What was your first paying gig as an artist/animator?

I lucked out here as well; my first gig out of animation school was with Element X Creative, a great little studio here in Dallas.

As a freelancer, do you ever have problems with clients who consider invoices “suggestions” rather than actual demands for payment? If so, how do you handle it?

Getting paid is always a challenge for freelancers--usually months after the actual work has been completed! However, I've found that if you politely pester the client, it usually works out in the end. Only a couple times has a client completely fallen off the map, and that's frustrating, but I think one sort of develops a sense up-front of which clients are going to be solid and which are flakes, and one screens out the flakes before starting to work.

You are married to a writer. Do you ever collaborate? (Except of course in producing your masterwork Edward Vincent Ignatius!)

Definitely! My Mister and I are in fact working together on a shared universe project: expect vampires, monsters, demons, and apocalypses galore!

You were born in Kansas—did you move to Texas to go to college? And stayed to attend art school?

That's right! Though possibly I might not have stayed in Texas had I not met my husband-to-be while I was in college for my Bachelor's degree (in English, not art!). We got married in 2001, and the rest as they say...

I'm re-reading Laini Taylor's brilliant Daughter of Smoke and Bone trilogy right now. Partly because it is brilliant, and beautifully written, and partly as a palate cleanser and happiness-booster. I know lots of people don't re-read, but I find it a comfort.

Do you ever sing in the shower? If so, what?

Usually I'm sneakily showering while my son is asleep, so I don't get to belt out classic rock ballads as much as I would like--or excerpts from The Messiah, you know, whatever's stuck in my head at the time!

Orion! But my favorite star is Sirius.

Do you have a favorite color?

Yellow, or sky blue. Those are the happiest colors I know.

Posted by Katherine Tomlinson at 10:27 PM