When characters take on a life of their own... 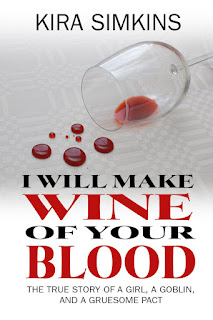 I have been speaking to an agent (squee) about my WIP Misbegotten and he strongly suggested I put together a biography of my main character--paracrimes journalist Kira Simkins. I had bits and pieces of her in folders and files and notebooks and sticky pads, but when I started pulling it all together, I realized that she had taken on a life of her own. I invented two true crime books for her and Joy Sillensen, my go-to-gal for covers, whipped up a couple of dummy covers for me.
I like the covers so much that at some point, I might actually write the books that go along with the covers.
I never actually intended for my paranormal Los Angeles to be the setting of so much of my fiction. Kira was just a character I conjured up for a story I wrote for John Donald Carlucci's Astonishing Adventures Magazine. 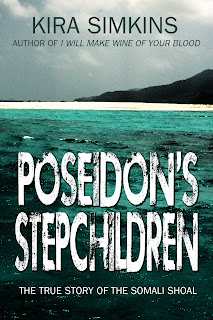 There's a comfort zone there, though. I've lived in Los Angeles longer than I have lived anywhere else in my life--though for an Army brat who moved every year as a child, that's not much of a boast. My first job here was working at Los Angeles Magazine at the same time I was a cityside reporter for the now-defunct L.A. Weekly.  I know my adopted city and am inspired by it every time I leave the apartment. Putting the magical overlay on top of the city amuses me, and the settings I use the most often--Griffith Observatory, Hollywood, Malibu Creek Park--have a magic of their own even in their mundane state.
When Patricia Cornwell first started writing her Kay Scarpetta stories, she disguised details of the Richmond, Virginia setting. (They were thinly disguised and it was easy to pick out the neighborhoods where the crimes were taking place.) By her second book, Cornwall's depiction of the city was so accurate a reader who found herself stranded in the city would not have needed a road map to get to downtown, where the Medical College of Virginia (location of the morgue) is located.
I can think of other writers who have picked a city and made it their own--from Matthew Funk's New Orleans stories to the adventures of Janet Evanovich's quintessential Jersey Girl Stephanie Plum.
I'm curious--how often do other writers return to a favorite city? Is it their own city or a place they consider their spiritual home town?  Do they ever set a story in a particular city but leave it anonymous?
Posted by Katherine Tomlinson at 12:39 PM