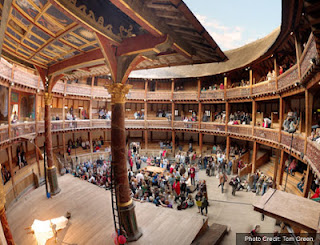 The first time I ever saw the word "Zounds," I thought it was a fine word. I was little and fond of words that started with Z, or with X because they often sounded like they started with Z (Xerox, Xenophobe). I had learned to read using phonics, so I was all about sounding words out. And so I thought that zounds was pronounced like "sounds" only with a Z.
I thought that for a very long time because the only way you realize you're mispronouncing a word is by hearing it pronounced correctly and "zounds" wasn't exactly a word on everyone's lips in Washington DC in the last part of the 20th century.
Then I encountered the word in a Shakespeare play and discovered that it was not an expression of amazement (sort of like "Outstanding," or "Excellent") but an oath--a swear--that was an abbreviation for "God's wounds" and that it is properly pronounced "Zwounds," which comes out sounding something like "zoonds."  (In other words, it sounded something like one of those old Zima commercials where they substituted Z for all the S words in the ad.)
Turns out that "zounds" isn't the only word whose pronunciation has changed over the years. Father/son actors Ben and David Crystal have put together an entertaining video illustrating the difference in modern and original pronunciation (known as OP). You can find it here.
Posted by Katherine Tomlinson at 11:47 PM