Janet Evanovich has signed a deal to write several more Stephanie Plum novels, but more excitingly, she's teaming up with crime writer Lee Goldberg (co-creator of the Dead Man series, amongst other thing) to write a new series. starring a female FBI agent and a dashing male fugitive. Will lovejinks ensue as well as crime? You can read the details here. 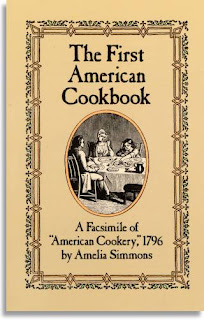 The Library of Congress has released a list of 88 Books that Shaped America.  (Why not 100 or 50?  Eighty-eight seems like a really odd number.)  They are listed in the order they were published and the first woman author appears at #9--Amelia Simmons' American Cookery (1796).  Billed as "the first American cookbook," an exact reproduction of the book is available on Amazon. Harriet Beecher Stowe's Uncle Tom's Cabin is number 18, with Louisa May Alcott's Little Women coming in at a few notches lower.  (Seriously--it's like a rule you have to read this book if you are a girl.  It should have been #1 no matter when it was published.) Toni Morrison's 1987 novel Beloved is the last book written by a woman on the list, at #86.

In the oldies department, I just ran across an anthology called This is Not Chick Lit, published in 2006.  Subtitled "Original Stories by America's Best Women Writers," it's crazily affordable.  Amazon -affiliate sellers offer it for a penny plus $3.98 shipping.  (And btw, I don't have an Amazon affiliate account--they were discontinued in California awhile ago, so I'm not making any money by shilling books and videos for them.)  Of the women listed, I only know the work of two of them, so I am looking forward to my introduction to Dika Lam, Judy Budnitz, Samantha Hurt, and the rest of the ladies.

Posted by Katherine Tomlinson at 2:10 PM