Was Shakespeare a Feminist? 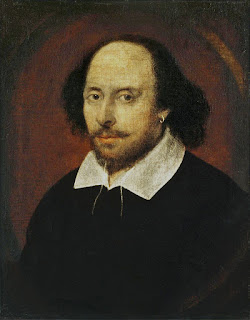 Female empowerment is much in the news today, from actor Maisie Williams calling out a sexist tweet to heads exploding over the idea that a major party has nominated a woman to run for president. (Yes, I'm going to keep mentioning this because it's important!) Over at the Bill/Shakespeare Project, they're asking the same question and they've enlisted actor Eleanor Matsura to discuss it, along with her role as Hippolyta in A Midsummer Night's Dream. (I love this play but for the life of me, I'm always having to check whether it's Suumer Night's or Summer's Night.) You can watch it here.

And if you're in a mood to binge-watch some Shakespeare, you'll want to check out their YouTube Channel. It's crammed with goodies from a production of King Lear with John Gielgud, Judi Dench (Goneril) and Kenneth Branagh to radio broadcasts of the plays and documentaries on subjects both Shakespearean and tangential (Who killed Cleopatra?)

The Bill/Shakespeare project is an absolute treasture trove.
Posted by Katherine Tomlinson at 10:09 AM