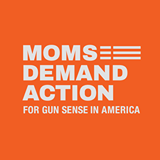 Today is National Gun Violence Awareness Day. Yesterday, there was a shooting at UCLA. Not long ago, there was a shooting at the college where my brother got his law degree. On Thanksgiving, there was a shooting at the college where a friend's son goes to school. We all remember the Virginia Tech shootings, and I have ties to there as well--my father, my brother, my aunt, my uncle, and a cousin all spent time there.So today we're supposed to wear orange to show our solidarity and support for the victims of gun violence and their families. It's a start, I suppose. I remember when the red ribbons first started showing up at celebrity events to promote awareness of AIDS.  And the ribbons spread. And with the awareness came the benefits and the research.

I really hope that the orange t-shirts do the same. Guns have been around a long time--longer, probably than you think. We know Shakespeare mentioned them in his plays, but so did Geoffrey Chaucer two hundred years earlier. Guns and Ammo magazine online has an interesting article that argues William Shakespeare was a "gun writer." The article is well worth reading and the citations are right on the money.
Posted by Katherine Tomlinson at 12:25 PM