Novelist Patricia Abbott, whose debut novel Concrete Angel is a nominee for the 2016 Macavity Award for Best First Mystery, discusses some of the thorny issues facing writers of crime fiction.

The Difficult Centerpiece of SHOT IN DETROIT 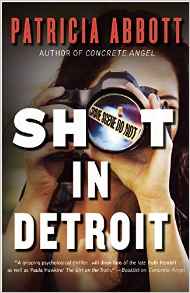 SHOT INDETROIT is the story a female photographer desperate to find artistic success. Through her relationship with a mortician, she comes up with the idea of photographing young black men who have died in Detroit over a six-month period. I wrote the character of Violet Hart as ambitious, a loner, a pest in getting what she wants. An artist in other words. She lives on the outskirts of conventional society--at least in her mind--reasoning that an artist is given license to bend societal norms. Or is she? Does Violet exploit the men she photographs or does she honor them? Is it somewhere in between? These are the issues I wrestled with in writing SHOT IN DETROIT. Both in creating a character who thought like this and in making her the book's centerpiece. And was I guilty of the same transgressions?
I set SHOT IN DETROIT almost totally within Detroit. It's a city often accused of exemplifying transgression: the murder capital of the world plunged into bankruptcy, suffering the lowest rate of high school graduation in the country, imprisoning the most black males, enduring the most extreme poverty. The art and literature coming out of Detroit was edgy, bleak, transgressive. How could it not be? To find a Detroit prompting a different story, I'd have to have set it much earlier. Even in Joyce Carol Oates' brilliant THEM, set in the fifties and sixties in Detroit, the plunge is well underway.

Early readers of SHOT found Violet a difficult sell. An agent gave me this advice: change her name, make her younger, give her girlfriends, find her a best friend who isn't a gay Filipino who sells drugs. Make her more appealing to women: they buy the books. I took some of his advice. But each time I stepped farther away from the Violet in my head, the story felt off-beam. If the central premise of the novel was going to work, Violet could not be the sort of woman who sat on PTA boards or lunched with former sorority sisters. 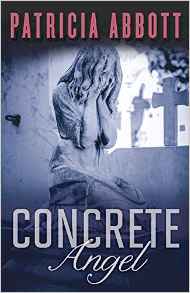 To be true to my locale and subject, I needed to write Violet as somewhat promiscuous, somewhat exploitative of her subjects, not adverse to the occasional indulgence in illegal substances, not overly interested in cultivating female friendships. Does this make her unlikeable? Not to me. Her back story will explain some of this. Her devotion to her art explains more.
If Violet is at first is cavalier about her project, time whittles away at her conviction. Does the art she's making let her off the hook? She initially thinks so. But the accretion of dead men makes her more aware of what's happening around her. A project such as this can't be only about art. And the faces she repeatedly views in extreme close-up haunt her, silently accusing her of exploiting them. Her work also poisons her relationship with Bill, the mortician allowing her access to the bodies. She pays a high price for her folly, for her art.

Every question Violet asks herself in the book, I asked myself too. Were we both exploiting the deaths in Detroit? A loner by nature, Violet inhabits a small world. Initially I prepared biographies of the men who died in the novel. They were fictitious characters but closely resembled men who died between 2008-2010. You only have to google the words SHOT IN DETROIT and you will find horrifying stories like "Two Shot in Argument Over Kool-Ade."  I eventually omitted the back stories, using only brief headlines in most cases. Like Violet, I had limits 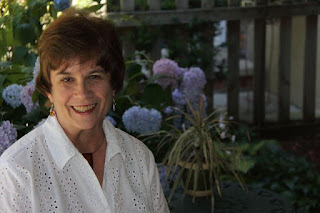 Is Violet too unlikable as a protagonist ? Not if fiction can concern characters and situations that exist outside societal norms. In Violet's case, her work is not an overt act of rebellion. It's not to satisfy some sexual or amoral impulse. She sees beauty in her subjects, even dead ones. She believes them worthy of being considered art. Whether this is enough to exonerate her from charges of unlikability I don't know. But is being likable necessary in a fictional character?

Posted by Katherine Tomlinson at 9:59 PM