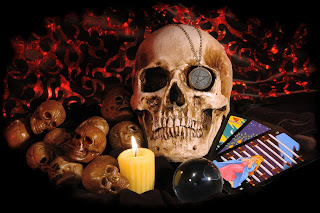 The cops eventually showed up at school. Cate knew they would. When a guy like Kingman Duncan gets killed, people pay attention. Questions get asked. The police want answers. So we were expecting them and we had answers ready.
It was a week after Homecoming but the posters were still up all over the school.
Go fighting Scots!
Dunsinane H.S. rules!
As far as the cops were concerned, they had a whole high school full of suspects, kids who might have stabbed Duncan. Studies have shown that popular kids get bullied as often as the misfits do. My experience suggests they probably deserve it.
I wasn’t going to shed any tears over dead Duncan and neither were my sisters.
We didn’t do it, but we knew who did.
We weren’t going to throw him under the bus.
Unless we had to.


But Cate didn’t think it would come to that. She didn’t think anyone would connect Mac to us. After all, he was the co-captain of the football team and we were the weirdo sisters who didn’t give a fuck about sports or jocks or anything else most of our classmates thought was so important.
But just in case someone had seen us that day in the woods, Cate had constructed a “narrative” for us to follow.
“Just keep it simple,” she warned us.
Yes, we knew who Duncan was but we didn’t really know him.
Mac? Yes, we occasionally ran into him. He used to cut through the little wannabe forest that bordered our sub-division when he was out jogging. Why were we there? Don’t tell our parents, but we go there to smoke. Yes, we know smoking is bad for us.

To begin with, we were just messing with Mac. Really, that’s all we were doing.
And really, we weren’t messing with him as much as we were messing with his girlfriend.  Lae Di was the kind of girl who thinks the world should applaud her very existence. And yes, she was gorgeous and banging the hottest guy in school. But that wasn’t enough for her. She wanted to bang Mac and Duncan, because Mac was only the co-captain of the football team and Duncan was the quarterback.
Only that was so never going to happen.  Lae Di might have inherited her tiger mom’s intelligence and cheekbones but she was in deep denial about Kingman Duncan. On the continuum of sexual preferences, he was so far into the gay zone that he couldn’t even see bisexual.
It’s too bad, really, because Duncan was such an asshole he deserved someone like  Lae Di for a girlfriend.
On his own, Mac wasn’t really a bad guy. He’d been in Cate’s biology class and they’d been partnered up in chemistry. He’d even been over to the house a couple of times and for a while we thought he and Cate might actually hook up.
But that was before  Lae Di got her little tiger claws hooked into him and convinced Mac that we were weird.
Well, of course we we’re weird, we’re identical triplets. That only happens like once in a gazillion births.
We’re not bad to look at, but we’re not exotic like Lae Di. And she should have just left us alone, but instead she made it her mission in life to make us miserable. Especially Brenna. They took gym together and she made Brenna’s life a living hell.
So mainly we were messing with Mac to mess with her.
It was Cate’s idea really. Initially, that is. But we all went along with it. Anything Cate wanted, Cate got. She was our big sister after all.
And really, if Mac hadn’t been jogging through the woods, it never would have happened.
But he did and it did and here we are.

It had been the day after a game with our school’s biggest rival. He’d taken out their two best players, Dan Norway and Lashawn Ireland, with some plays that weren’t strictly legal but extremely sneaky. The other coach called foul but the ref had been looking in the other direction.
Or so I was told. As I said, I don’t do sports.
So Mac had been named MVP for the game and he was feeling pretty good when we saw him out jogging. He had his butt-buddy Banko with him, probably on their way to Mac’s house to play some Call of Duty or something.
“Hey Mac,” Cate said and he said “Hey” back.
And she told Mac how much we liked how he won the game. And Banko just stood there like it was okay for us to ignore him because he was with Mac and everybody kind of disappeared when they were with Mac.
“You’re going to be captain of the team by the end of the season,” Cate said.
Oh yeah?” he said, not quite buying it.
“Yeah,” Cate said, “I’m psychic, you know.”
And we nodded, like it was all true. And Mac just looked at us with those big blue eyes.
“Yeah?” Banko said. “What do you see for me?”
“You’re not going to be captain,” Cate said.
“But your little brother will be,” Brenna said. Cate and I looked at her and she blushed. She had a thing for Deeter Banko.
Banko nodded thoughtfully at that. “Deeter’s coming along pretty good,” he said to Mac. “By the time he’s a junior, he’ll be better than us.”
“Better than you, maybe,” Mac said, because he really could be a jerk sometimes.
That should have been it. Just a prank.
But Mac went and told Lae Di what Cate had said and that’s when all the trouble started
Because she was head cheerleader and she wanted her boyfriend to be captain of the football team since the real captain wasn’t interested in her. Because she wanted to be crowned Homecoming Queen and everyone knows that’s a position you get when you’re boning the captain of the football team.
Now Mac was Duncan’s cousin and they used to be tight, but it was like Lae Di had a magic pussy or something. And she let him know that he wasn’t going to ever see her lady parts again if he didn’t man up and do what he had to do.
So she got Mac to invite Duncan over to binge-watch Game of Thrones, knowing his cousin had a thing for the guy playing the Faceless Man. Duncan brought the beer and when he wasn’t looking, Mac roofied his unsuspecting ass.
And then he stabbed him while Lae Di set up the scene to make it look like there’d been a home invasion.
It was plausible enough. Mac’s parents were rich and his dad liked toys. Lae Di made a point of hauling a shit-ton of valuables out of the house before returning to stab Mac just enough to make it plausible that he’d fought off the assailants. She knew where to cut him, her mother is a heart surgeon.

So, the cops bought his story but when Mac came back to school and discovered that he’d been named captain of the football team, instead of being happy, he started to go nonlinear. And it didn’t help that Banko was thinking there was something al ittle freaky-deaky about the whole thing.
Mac started following Cate around, wanting her assurance that no one would find out what he’d done.
“Look Mac,” she finally said. “The chances of anyone finding out are as likely as Birnham Woods playing a football game at Dunsinane Stadium. They’re in another division. It just won’t happen.”
So he calmed down for a while. But then Banko died in a car crash that his brother said was because he was being chased by guys in a blacked-out SUV.
Kind of like the one Mac drives.
But then so does every wannabe gangsta in the city.
So it still might have been okay, for Mac if he hadn’t gone nuts in the cafeteria at lunch time, claiming that he saw Banko’s ghost going through the line and hogging all the chocolate pudding cups.
Brenna filmed it on her phone and uploaded it on video where it went viral. You should check it out. It’s pretty hilarious, with Mac raving at an empty chair and all.
Lae Di developed sudden-onset OCD and would come into classes late, her hands scrubbed raw from washing them in between classes. Half the time she looked like she was sleep-walking. She looked like hell, to tell the truth. She looked like she’d stopped bathing everything but her hands and her perfect hair hung in her face like a lank, limp curtain. If you got too close to her, you could smell it.
And well, everything kind of went even more to hell after that.
When the powers-that-be decided not to have a Homecoming Dance, Lae Di killed herself.
Seriously, who does that? Over a dance?
And two weeks after that, a sinkhole developed right in the middle of the Birnham Woods Academy sports field and our principal generously offered to let their team play in our little stadium.
Something those prep school snots would never have considered doing if they’d had any options.
Mac totally freaked.
“You told me I was safe until Birnham Woods came to Dunsinane,” he yelled at Cate in the hall one day, pulling a gun he’d bought God knows where. Everybody scattered as he waved the weapon around and made threats and cursed.
Brenna called the cops and they brought in two hostage negotiators—Ross and Macduff—to try to prevent a Columbine-type situation.
When Mac saw them, he knew it was over, so he pointed the gun at the cops.
Suicide by cop. It’s an option.
Afterwards, investigators found stuff on Lae Di’s computer that suggested she was the one behind the murder, delusional Goth poetry that suggested she was seriously crazy. The cops closed the case because Lae Di was a mean girl and Mac was her bitch.
So that was convenient. And we went back to being the weird sisters no one really noticed.
Posted by Katherine Tomlinson at 11:44 AM