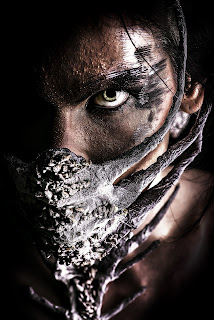 They say that two wrongs do not make a right. That is a concept that was unknown to me until the Duke and his daughter came to the island and took it for their own. My mother offered the duke friendship and welcomed the girl, but he saw her as an enemy and with his magic imprisoned her.
He took my birthright and in return, he taught me language, which I welcomed, for it allowed me to curse and I often had need to curse.
And to bemoan my wretched fate.
Fuck language.
Fuck curses.
I want my island back.


Posted by Katherine Tomlinson at 8:57 PM