It's time to take back the American brand 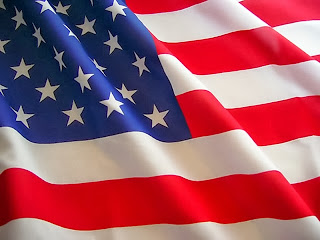 I have been thinking about marketing a lot lately. what constitutes a "brand" and what makes that brand worthwhile.
So when this whole "free speech" flap blew up over theA&E reality star's homophobic rant, I looked at it from a marketing perspective. First of all, I wondered how it has come to pass that a cable channel branding itself the "Arts & Entertainment" channel even has a series like Duck Dynasty. It doesn't seem to go with their brand.  I guess "art" wasn't paying the bills and like everyone else, A&E has to keep the lights on.
Then I thought about the way people are trying to "brand" this as a matter of free speech. As Inigo Montoya says to Fezzini--the phrase does not mean what they think it means. When we learn about "free speech" in civics class, the first thing we learn is that "free speech" does not mean you can yell "fire" in a crowded theater. Because that would be dangerous and irresponsible and could get people killed. Those who support the patriarch--and as of this morning, there were more than 100,000 people who'd signed a petition to have him reinstated--argue that A&E is stifling the man's God-given right to express his opinion. And apparently some of those supporters are willing to back up their support with death threats. Because by God, nothing expresses commitment to free speech like a death threat.
This is not about free speech; it's about hate speech. This is not about political correctness, it's about basic human decency. There have always been haters.
There will always be haters.
But that doesn't mean that a company that employs a hater has to give that person a public forum to continue to spread a message of hate.
Look what happened to Paula Deen when she uttered "the n-word" in what she thought was a private, protected legal setting, a word she would never have uttered in a more public way because it's shameful.
And yet, not so long ago, it was accepted.
Do we have to elect a gay president before it's clear that gay-bashing is just as shameful?
Being a hater runs counter to the American brand.
I'm an American.
And I'm tired of yahoos hijacking my brand.

Posted by Katherine Tomlinson at 10:09 AM