I  like Christmas. I like the lights and the trees and the carols. (The real carols. I'd be happy never to hear "It's a holly, jolly Christmas" ever again.)  But since 2007, when my little sister died, Christmas has always been just a little bit melancholy. I wrote this essay in 2008 and the emotions I felt then are still present, especially when I go into a certain shop where I pass the displays of salt caramels and candy canes she enjoyed so much. i don't really talk about why I tend to get "internal" during the holidays because they're so stressful for everyone and  burdening friends with my baggage is selfish.
And by Christmas Day, I've usually snapped out of my funk. But in case you wondered...this is my christmas story. 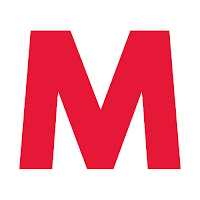 y sister Mary loved Christmas. You think it’s rushing the season when the yuletide decorations appear the day after Halloween?She kept little white Christmas tree lights strewn around her apartment year round, surrounding the space with a dotted line of luminosity that defied the darkness that often threatened to engulf her.
She started her Christmas wish list in January, appending directions and diagrams for the hopping-impaired, and revising it weekly throughout the year.
Christmas was what she called “a candy holiday,” a time she gave herself permission to eat all the wrong things … all the time.Meals were made of eggnog and sugar cookies.Dessert would be dates stuffed with cream cheese frosting.There would be candy canes.She was picky about her peppermint, would only deign to eat one particular brand.She’d stock up during the half-price sales after the holiday and mourn when her supply ran out.(And by stock up, I’m not talking about purchasing a couple of boxes; I mean she stocked up.She’d buy enough to last till February.)
She’d had her Christmas stocking since she was a girl.It was made by our mother out of red velvet, with her name stitched in white around the top, framed by a constellation of embroidered stars.She liked that stocking filled with Hershey’s kisses, packets of dried figs, and one of those Lifesavers’ Sweet Story Book collections with the butter rum and pep-o-mint flavors.
These were treats from our childhood, items that showed up year after year, along with a dozen pencils with our names on them (mail-ordered from a catalogue in the days before the Internet) and the hard, black rubber comb that seemed inevitably to lodge in the toe of our stockings.The Lifesavers’ assortment was the candy equivalent of the Crayola box with the built-in crayon sharpener—we usually got one of those as well.In recent years, the crayons and comb were optional, but the kisses were not.


Mary was a traditionalist about Christmas dinner as well, and when we feasted the season, it was with the same dishes our mother and grandmother had made.Except for pie.Neither one of us could ever manage a pie crust as flaky and light as the ones our mother made, so we gave up and opted for cookies as a consolation prize.There were gingersnaps made from a recipe out of Joy of Cooking; peanut blossom cookies with Hershey’s kisses, a prize-winner from a Pillsbury Bake-off sometime in the 60s.There were seven-layer bars.There were oatmeal cookies made from a recipe hand-written on a page of lined notebook paper so splattered with butter it is transparent in parts.
There was always pumpkin bread and banana chocolate-chip bread and orange-cranberry bread made from the instructions on the back of the bag of cranberries.One year I’d been too busy to bake and tried to substitute a loaf of cranberry bread from a high-end bakery.It did not go over well.
In fact, the only new addition to the traditional Christmas day menu—where meals melt into each other in one unbroken decadent dream—has been “Bubble Loaf,” a sweet bread drizzled with an orange/butter/sugar glaze that makes cinnamon rolls seem as bland as unbuttered white toast.
We were brought up in the south, so Christmas dinner always offered what our grandfather called “a gracious plenty.”More food, in other words, than any one family could eat in a week.We carried that tradition with us, even when it was only the two of us to celebrate.After all, why not make enough food to last until the New Year—leaving more time to play with your Christmas presents instead of cooking.And when everything was gone but the carcass of the turkey, there would be Brunswick stew to make from the bones.And of course, biscuits had to be baked to eat with the stew.(And pot pies could be made from the leftovers of both.Done right, a Christmas dinner could last until March.)
The cooking was left to me, but Mary made her own Christmas cards.They were whimsical—designs that usually featured the members of her menagerie, which at various times included an iguana, a tortoise, several frogs, a chameleon and two snakes in addition to a fluctuating number of cats. On her last card, she’d sketched her six cats, sleeping and dreaming of candy canes and fish.I discovered the prototype in her desk when I cleaned out her apartment.I found homes for all but one of the cats, and the last one came home to live with me.It puts me one cat over the line, but he’s a lovable animal, a sweet-faced marmalade tabby with golden eyes and abandonment issues.
I know how he feels.
My sister died last year, but the pain of her loss is a wound only freshly healed over.Beneath the new pink skin is tender flesh filled with nerve endings firing at random.The ache isn’t constant, but summoned unexpectedly, triggered by the most innocuous things.The scent of peppermint. The taste of salty caramel.A glimpse of Miracle on 34th Street while clicking through to the news.
My sister loved Christmas.I loved my sister.The two feelings are now inextricably twined.
I’ll be making Bubble Loaf for breakfast Christmas morning.And I’ll be thinking of her.
Posted by Katherine Tomlinson at 12:51 PM