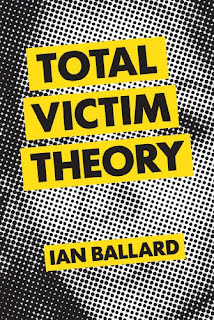 I love this cover. It's graphic. It's striking. It grabs me. It has that pixilltated photo thing that you often see in comic books. I'm immediately intrigued.

Here's what it says on the sell page:

Six months have passed since a faded, black ledger mysteriously appeared on FBI Agent Jake Radley's doorstep. Puzzling over the document's sinister entries, Jake pieces together a story of mass murder near the Texas-Mexico border two decades before. If Jake's theory is correct, the names listed on the ledger's final page are the victims of a previously unknown serial killer. Leads are scarce until a gruesome new crime scene, deep in the Mexican desert, shows a chilling connection to the border deaths of long ago. . .

And it's free today, so I can indulge my curiosity. Find it here.
Posted by Katherine Tomlinson at 12:52 PM