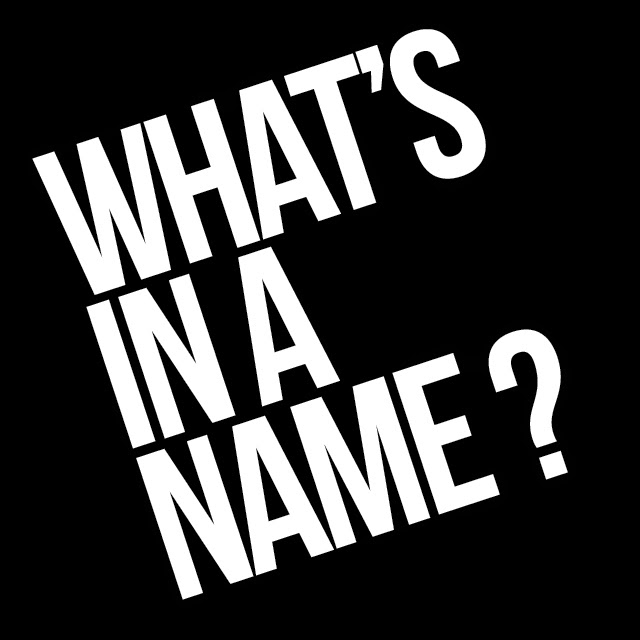 I come from a family where given names have been recycled for generations. My sister's name was Mary and we had two great aunts named Mary (who both thought she was named for them). My brother is the third Robert in a row, I am one of several generations of Katherine going back to the 19th century. My cousin's name is Helen, one of my mother's sisters was named Helen and I had a dear great-aunt named Helen.   in my family, and not much imagination either. And you know, I'm okay with that.I have freinds whose parents got just a little too carried away while leafing through baby name books and the results weren't pretty.
Turns out there's a site that lists all of Shakespeare's names should you be inclined to bestow a bardic sort of name on your child.  The girls' names aren't bad, if a little old fashioned--Viola and Beatrice and Katherine and Portia, but God help the boys.  For every Marcus (Brutus) and Michael (Cassio) there's a Petruchio or an Iago or a Mercutio.  Check out the list here.
Posted by Katherine Tomlinson at 11:53 AM