Coming Soon...Bride of the Midnight King 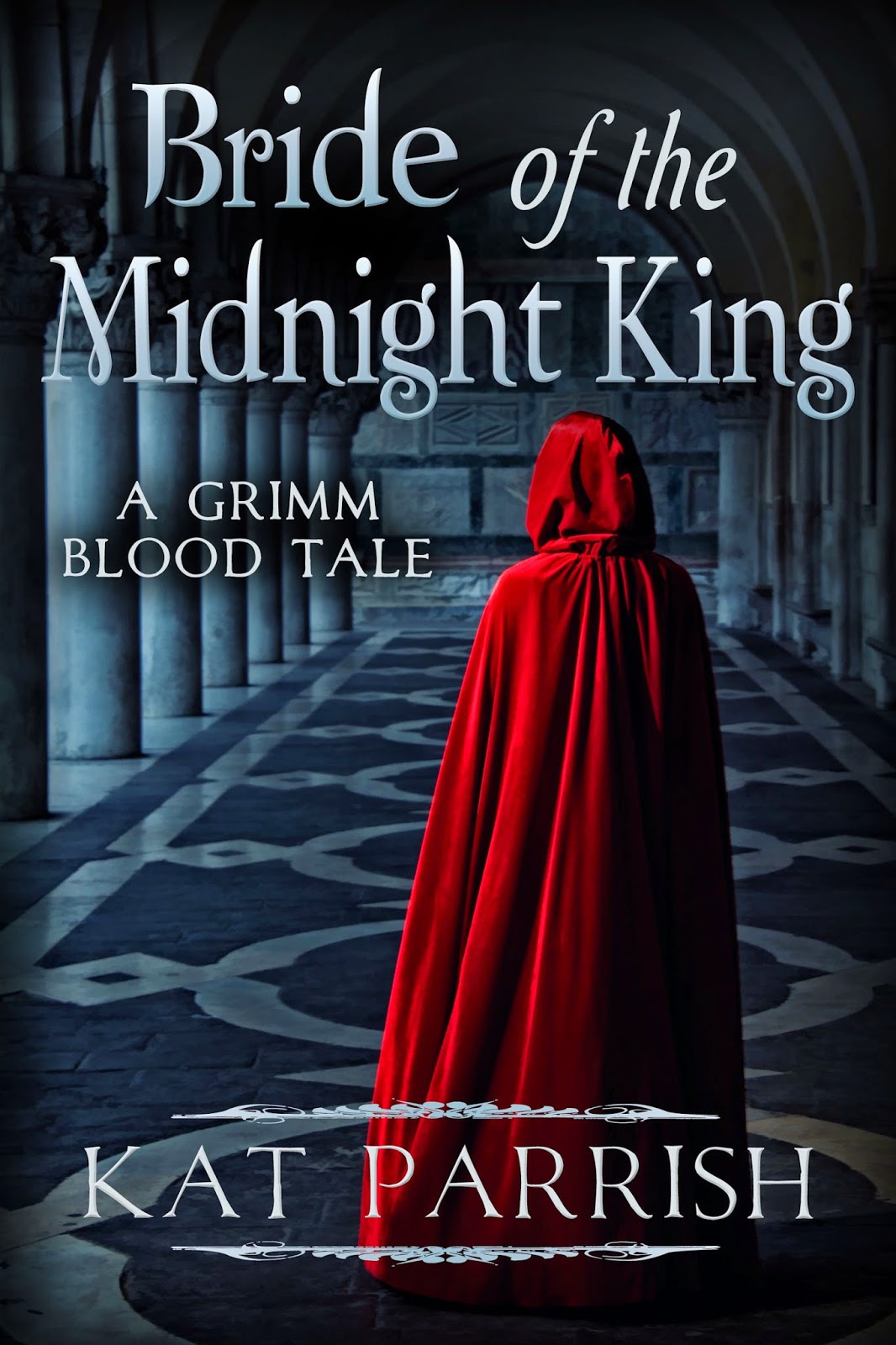 In my spare time I write for fun and profit. I use my own name for my crime fiction and horror, but I use my pseudonym, Kat Parrish for the fantasy stories. I've been writing more and more fantasy lately, and one of the results is a series of reimagined fairy tales I refer to as "Grimm Blood Tales" because they involve vampies.
Yes, I know. The world is full of vampire stories.
the world is also full of fairy tales and at some point, fairy tales and vampire stories just had to collide. (Probably already have, actually, I'm not arrogant enough to think I'm the first to think of it.)
I found myself thinking of different ways fairy tales could be woven into vampire stories and the first result is this novella, a Cinderella story in which a mortal girl becomes the bride of a vampire king.
I'm already plotting the next story in the series, Midnight's Daughter, which is a Sleeping Beauty story.
The cover for Bride of the Midnight King was created by Joy Sillesen of Indie Author Services. The book will be out at the end of June.
Posted by Katherine Tomlinson at 11:53 AM