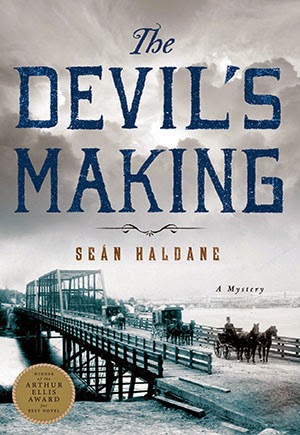 Hobbes is fascinated by his duties and dutifully records everything he observes in a leather-bound journal his mother gave him before he left home. There’s plenty to observe. Elections are pending and one of the questions is whether B.C. will become part of America. Passions run high on both sides of the question but not as high as when an American “alienist” is found dead and the most likely suspect is a medicine man.
Sean Haldane’s novel transcends genre here with its literate (but never ponderously literary) style and the sharp observations on everything from class to vegetation. (Hobbes is fascinated by the quality of blue in the sky, so different from the English sky back home.)
Fans of historical mysteries are in for a treat with this book.
Posted by Katherine Tomlinson at 5:51 PM