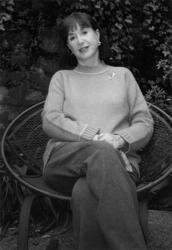 Judith Viorst is a writer who can’t be confined to a genre.
She’s a journalist, a poet, a playwright. She could probably sell her grocery lists if someone drew pictures on them.
As a writer, Judith Viorst has a split personality. She writes wonderful books for children—her most famous are probably Alexander and the Terrible, Horrible, NoGood, Very Bad Day and The Tenth GoodThing About Barney (my favorite)—but she also writes non-fiction for adults, her titles ranging from breezy books of poetry about aging (It’s Hard to Be Hip Over Thirty and I’m Too Young to Be Seventy and Other Delusions) as well as thoughtful, scholarly works informed by her studies in psychology. I read her book Necessary Losses after my mother’s death and it helped.
Viorst’s versatility—from serious to silly—is awe-inspiring. Sometimes all she wants to do is entertain, as with her four-line poem “And Then the Prince Knelt Down and Tried to Put the Glass Slipper on Cinderella’s Foot,” a hilarious take on fairy tale endings. (You can find it in Don’t Bet on the Prince. Feminist Fairy Tales in North America and England, but you can also find it here.) But sometimes there’s more going on than kidjinks. The Tenth Good Thing About Barney is the story of a kid whose beloved cat has died and it’s one of the best “circle of life” stories you’ll ever read. I am not ashamed to say that I cried when I read it.
She doesn’t tweet—at least not under @judithviorst—but she does have a fan page on Facebook here.
Her 81st birthday is coming up next month. Celebrate it!
Posted by Katherine Tomlinson at 7:31 PM