One of the nice things about being part of online communities like Facebook is that you meet a lot of people you'd never meet otherwise and they enrich your life. Novelist Dellani Oakes has a new book out in what will be a series of sci fi adventures featuring "Lone Wolf" Wil VanLipsig.  He's a bit of a rogue, our Wil and when he shows up, we know trouble is at hand. Her five-star reviews on Amazon give you a taste of what this genre-blending story has to offer. "This book is more than a sci fi novel, it's also a mystery with a love triangle. The settings are unique and so are some of the alien species that populate the story."

Dellani and I are participaing in an "excerpt" exchange. Here's a scene from the book, which can be purchased on Amazon and directly from her publisher, Second Wind: 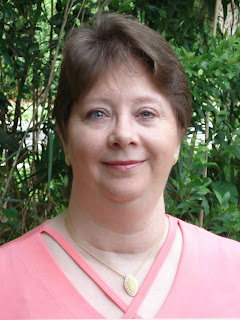 Dellani Oakes is a former A.P. English teacher and photo journalist. Now working as a substitute teacher and Mary Kay consultant, she can give skin care & makeup advice, correct grammar, take pictures and write an article while controlling a classroom full of rowdy children.
Dellani was making up stories before she could read. Her first really cohesive work began when her older sister started school. Left to entertain herself, she invented an imaginary friend and would regale her mother with tales of Snowy Green and Rainbow School. These stories paved the way for songs and poems in elementary school and short stories in high school and college.
A college theatre major, Dellani took play writing. It became her new love. Scripts being dialog heavy and character driven, this aspect has followed her into her novel writing. She uses verbal exchanges & sparring as a way of revealing both plot and characterization.
Dellani had to set aside her love of writing when she began working as a teacher. Her creative energies were channeled into writing exams to make her students cry—although this wasn't usually intentional. Unfortunately, between that and motherhood, she didn't have time to write.
Once her youngest son started school in 2001, she was able to write full time. Her first novel, Indian Summer, was published in 2008 by Second Wind Publishing. Also from Second Wind, her second novel, Lone Wolf made its debut in September 2011.
Learn more about Dellani and her work at:
http://dellanioakes.wordpress.com/
writersanctuary.blogspot.com
dellanischoice.wordpress.com
Posted by Katherine Tomlinson at 11:34 AM