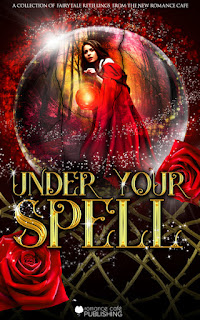 I love fairy tales, way beyond the ten or so that are in heavy rotation. (You know the ones I mean--Beauty and the Beast, Cinderella, Rapunzel, Snow White, the Little Mermaid, The Snow Queen, Little Red Riding Hood, Sleeping Beauty, Rumpletstiltskin, the Snow Queen.) I have rewritten a number of fairy tales, including East of the Sun, West of the Moon (The Road Past Winter) and Beauty and the Beast (The Summer Garden) and Cinderella (Fashionista and The Bride of the Midnight King), and Sleeping Beauty (Spite and A Dream of Sun and Roses). I also wrote a version of Snow White called Hunter's Kiss. It's currently only available as part of a book promotion but I'll be putting it out on Amazon shortly.

For this new collection of rewritten fairy tales I've gone back to Beauty and the Beast. My story is called The Dragon's Pearl, and it's a retelling set in a setting that's modeled after the Han Dynasty in China. The "beast" is a dragon and I've made a number of changes to the story, including the heroine's relationship to her father. (Spoiler alert:  He's a scholar and a jerk who does not value her.)

I'm also rewriting Beauty and the Beast for my story in a billionaire collection that's a charity anthology. That one's called Hero's Kiss, and it's about a military veteran who returns from war scarred by an IED. I bought a cover to use for it years ago, but it now seems rather old fasioned. My story is going to be a bit tamer than a lot of the stories--it does have a "billionaire" cover after all. My heroine is an activist lawyer named Ruth (after RBG) and she loves her father but it turns out that he's an unlucky 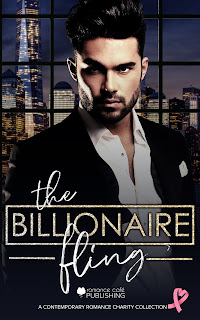 gambler who has been embezzling from his boss to cover his losses. Billionaire Fling is a boxed set with proceeds going to breast cancer research. You can preorder it here.

I've also written a really dark YA version of The Little Mermaid, called Blue. That was one that I bought the cover for and then had to write a story around it. I knew from the beginning it wasn't going to be a fluffy version of the story, but then, the original story is so tragic before it was Disneyfied. I did change the ending but it deals with some pretty tragic story elements.

I've ssigned up to write a contemporary version of Rapunzel that will take place in a luxury high-rise apartment and feature a thief with our modern-day princess. I haven't worked out all the little ways in which the new story will have the old story embedded in it. 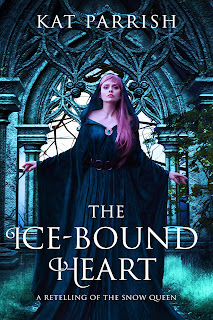 I'm also writing a version on The Snow Queen called The Ice-Bound Heart. I'm trying to decide where I'm going to set it. Frozen set it in a mythical kingdom based on Norway. I'm thinking of something more along the lines of Russia. I'm still working that one out.

In the meantime, if you've never seen the gorgeous fairytale retellings and illustrations by artist Kinuko Y. Craft, check her out here. She has an absolutely stunning 2023 calendar on sale.

Just look at her Sleeping Beauty.

Or her Beauty and the Beast

Or her Cupid and Psyche

Posted by Katherine Tomlinson at 1:56 PM