Diary of a Void by Emi Yagi This is Emi Yagi's first novel--translated from the Japanese by David Boyd and Lucy North. It's a fast read with an intriguing presence. An office worker named Shibata is stuck at a dead-end job at a factory that makes cardboard cores for toilet tissue and paper towels. She actually doesn't mind it that much, but as the only woman in her section, she's ignored, dismissed, and exploited. If there's a mess to be cleaned, she cleans it. If there's coffee to be made, she makes it and serves it. She's everyone's general dogsbody and because she's a woman, no one thinks anythimg of it.

Until the day she's finally had enough and tells her section head that she can't clear away the detritus of a meeting she wasn't in--coffee cups stuffed with cigarette butts. She tells him she's pregnant and the smell nauseates her. Her life changes immediately--for the better. For one thing, she's no longer expected to work hours and hours of overtime. The first night she goes home at a reasonable hour, she's shocked at how packed the metro is, and how bright and inviting the supermarkets are. (Usually by the time she gets there, all that's left are limp vegetables.) She has time for leisurely baths. She has time to cook. She begins taking aerobics class and incorporates stretching exercises into her daily routine.

She starts taking care of herself and as the lie lingers, she comes up with all sorts of strategems to maintain the ruse, including using an app that tracks pregnancy. Along the way she interacts with a large cast of characters, from co-workers to other mothers, and the book becomes a reverie on loneliness that's bittersweet and incredibly affecting.

Yagi knows human nature. Shibata is a wonderful character and working women will completely sympathize with her frustration at being the only woman in an all-male environment. There are bits and 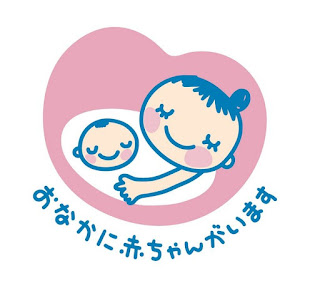 pieces of Japanese culture that readers may not be familiar with. For example, pregnant women can get little badges to hang on their purses to show the world their state--thus entitling them to courteous treatment on trains and other benefits. It's a heart-shaped medallion with the caption, "There's a baby inside me."

Diary of a Void is a lovely book. You can find our more here.

Posted by Katherine Tomlinson at 2:15 AM