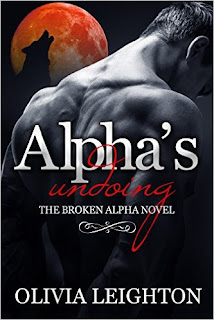 FOR LOVE OF THE VAMPIRE, a boxed set of paranormal romance novellas will be published tomorrow and  author Olivia Leighton, whose work is featured in the set, dropped by to talk about vampires, and books and writing. Welcome Olivia!

Who’s your favorite on-screen vampire?
Hands down Elijah from the Originals.
If you could be any paranormal creature, what would you be?
I like a lot of characteristics of a wolf shifter, but nothing beats the draw of being a vampire to me.  They are cat-like in a way - sexy, stalk the night, can move silently, etc.
Do you have a writing ritual? For example: Do you have a set page/word goal of writing a day? Do you write on your birthday? Do you ever work on two or more projects at once?
When I sit down, I try to write as much as I can in two to four hours, then I’ll go back and edit/add to/take away from.  Since I have a full-time job and a boyfriend who works odd hours, I try to fit my writing in around those two things.  If that means I write on my birthday, so be it.  I enjoy writing anyway, so it would be a good way to spend my birthday!  And yes, I have several projects, but it’s normally in the form of working on book covers.  (I’m also a professional graphic designer.)
Do you have a favorite among the books you’ve written?
Honestly, I think the Vampire and the Owl is my favorite.  I like the thought of being a snowy owl shifter, and I’m quite fond of the town of Gilmer, TX which the story is set in.
What are you working on now?
I’m working on a spin-off tale from Unbroken.  This one will focus on Daniel Collins (the vampire) and the woman seeking revenge on him from changing her back in the 70s.
What’s the last good book you read? Or:  What’s on your TBR pile?
- The last good book… It would have to be Champion by Mary Lou.  Funny thing… I read mainly YA dystopian tales even though I write PNR.  I have a shelf full of books, one side contains books I read and the other books I need to read.  The read stack features books like Champion and Angel Fall.  The TBR stack includes Young World and Hemlock.
The usual vampire in PNR seems to be a pale white straight male (whether sparkly or not) and a lot of readers seem to like it that way. Do you venture outside the paranormal norm with your characters?
I don’t like to make my paranorms stray too far from their cookie-cutters, but I do like to put my own twist on things.  For example, my vampires can be killed with steaks, but they need to be steaks crafted from petrified wood.  UV rays can still burn them, but if they have a special tattoo, it protects them and they can be out during the day. 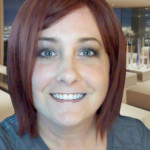 I love that you have more than vampires and werewolves in your fictional universe. Do you think that makes your books more competitive, helps them stand out from all the shifter and vampire stories out there?
You know, now-a-days I’m finding a lot more variance in the paranormal world.  Instead of authors sticking with the archetypes of creatures (vampires/lycans), they are moving to different things, such as dragon/bear/fox shifters.  (I even saw a croc shifter story!)  So in that regard, I don’t find that my take creatures in the fictional universe helps or detracts from my stories standing out.
Did you start out writing longer-form fiction or did you “ease into it” with short stories?
- My first foray into the world of writing was a YA dystopian/paranormal romance that had both zombies and wolf shifters.  It was over 75k words in length… until my computer crashed.  :)
Do you have a “team” of people who beta read/format/design your covers? Or are you a one-woman show?
I’ve been a professional graphic designer for over 15 years now, so the book covers I cover myself.  As for beta reading/formatting, I have several people help me with that, just to make sure I have all of my bases covered.
Your “Thicker Than Blood” series is a serial.  Did you write them all at once to “trickle them out?” Or did you add new episodes in response to reader reaction?
“Thicker Than Blood” was a mix of both my own thoughts AND reader reaction.  As it was my first real published story, or stories, I was still trying to figure things out and find my feet, as it were.
What have you found is the best way to promote your books? Social media? Facebook ads? Mail dumps like BKnights and Pixel of Ink, or “other?”
The very best way I have found to promote is word-of-mouth.  Next to that, but quite aways down in effectiveness, is author spotlights/author guest posts.
Are your stories set in a “real world” location or have you created your own version of the world for your books?
I tried to write made up places, but find that I can go into a lot more detail when I’m writing about a real place, especially a place that I’ve been.
Do you do book signings? Convention appearances?
No, I’m not to that level yet.  If I was popular enough for shop owners/book stores/conventions to want me, then yes, I would.  I think it would be a lot of fun meeting fans.
Do you read reviews?
Yes, I do.  Well, the first couple that hit my stories anyway.  Then, every couple of months, I read the negatives.  Sometimes there are valid points and the reader comments help me craft a better story next time.
What’s the last show you binge-watched? 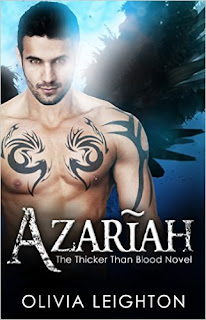 Don’t laugh, but it was Archer.  I love to wit and the crassness from that show.  After that, Jericho.
As a reader, do you prefer stand-alones or series?
I’ve read and enjoyed both.  As long as there is a good story and interesting characters, I’m good with either or.
Are you planning international editions of your books? If so, what language(s)?  [I keep hearing that German readers are crazy for paranormal but that if you hire a German national living in Germany, they HAVE to be listed as co-author by law.]
Having an international version of my stories would be fun, I think.  Haven’t thought to much about it but, yeah.  I’d give it a spin.
Geek or nerd or …?
Geek, nerd, and snob.
Dogs or Cats?
- Right now, I have just one dog.  My dog is a Rat Terrier/Blue Heeler mix I adopted from the pound back in 2002.  (She’s 15 years old!)  I did have a Yorkie, but someone stole her about six months ago.
Did you ever write a fan letter to a writer?
No, I’ve never written a fan letter to anyone.

Posted by Katherine Tomlinson at 12:26 PM