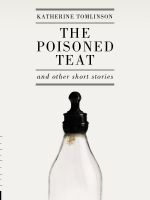 This story appears in my new collection The Poisoned Teat, which is still not up at Amazon, although it is available from Smashwords. It's  an urban fantasy/noir about a working class vampire in love. It is sparkle-free.

DEATH OF A DANCER

Most of what people think they know about vampires is a lot like what people think they know about American history—a skein of lies tangled up with half-truth and wishful thinking and fanciful notions.
Not every vampire is handsome.
Not every vampire is rich.
Not every vampire is ancient.
In 2008 I was 19 years old and stocking shelves in a 24-hour convenience store when a vampire strolled in for a midnight snack and left me permanently working the night shift.
And I did have to work. Even with groceries taken out of my monthly budget, I still had to cover rent and cable and my WoW subscription, and my cell phone bill.
All vampires are rich? That’s a laugh.
I’ve maybe saved a hundred a month since my blood-birthday and even after four years, that isn’t exactly serious money.
There isn’t much chance I’m going to be making bank any time soon, either. Having to work at night severely limits my employment options. And then there’s the vampire sensitivity to garlic—I can’t even work as a pizza delivery guy.


Throw in a recession where I have to compete with all the laid-off former suits willing to work for pennies on the dollar and my prospects for upward mobility get even dimmer.
And it’s not like the process of becoming a vampire means acquiring any marketable skills.
If people really knew what a pain in the ass it is living as a vampire, it would take a lot of sparkle out of the fantasy.
You probably think vampires never get sick.
Sure, we’re immune to cancer and heart disease and tooth decay; but every time we go out for a meal, we take more chances than a tourist buying street food in Bangladesh.
If we bite anyone suffering from a blood-borne illness like AIDS or Ebola, we’re going to have a bad couple of days.
It’s easier to just order in. There are plenty of people who are into the bite and I’m not a picky eater.
I was getting pretty used to junk food, and then I met Selena.
If ever there was a woman I wanted to put the bite on, it was her. Sure, I knew she was a stripper with a drug problem but she was capable of so much more. And God, she was so beautiful.
She was short enough she made me feel tall. Her eyes were brown but she wore contacts that turned them to honey gold. She had long dark hair so shiny it looked synthetic. I thought about that hair whipping my chest as she rode me and began to plan.
She came in around ten every night to pick up a pack of cigarettes and a can of Red Bull before heading for the club where she danced.
One night she came up short and I gave her the smokes on the house. After that, she made an effort to go beyond the pleasantries and have an actual conversation when she came in.
I appreciated that.
She’d come in early sometimes and just hang out.
I looked forward to that. She had an odd and quirky sense of humor and you had to pay attention when she was talking to you because she skipped from one topic to another without the usual verbal segue.
She had a degree in philosophy she’d intended to use as a social worker, but ran out of money before she could get her MSW. The stripping she told me, was just temporary.
No matter what you might have been told, vampires can’t cast glamour.
If they could, I would have cast mine on Selena.
But we can’t, and as they say, she was just not that into me.
So I did what ugly guys always do if they’re not rock stars or geniuses, I played the funny fat friend card.
What, like you’ve never done that?
I knew if I could get her laughing, I could get her close and if I could get her close, I could give her the sharp kiss.
It was a good plan but you know what they say about plans, right? Man plans and God laughs.
I was all set to do the deed the night she came in with a guy so wasted he made Keith Richards look like Justin Bieber.
I could smell the wrong on him over the sickly smell of cigarettes and booze.
I tried to get her to ditch the guy and stay with me, but that didn’t happen. She had a show to perform, after all.
The guy sent a sneer back over his shoulder as he practically pushed her through the door.
The illegal alien who cleaned up at the Velvet Pussy found her broken body half in and half out of the dumpster in the garbage-choked alley behind the club. He made an anonymous call to the cops. It wasn’t too hard for them to figure out the source of the call and they arrested the poor Pedro and held him for a day until he lawyered up and made bail. The cops held a press conference, assuring the public they would find the “monster” who’d killed Selena.
I had my doubts that they really cared very much about the death of a stripper with drug problems. I decided I really couldn’t leave it to them.
Vampires can’t summon wolves.
Vampires can’t fly.
Vampires can’t turn into smoke and darkness. But it is true that vampires have heightened senses.
I tracked the scent of Selena’s killer through the club, over the stage, past the tables where she would gave lap dances, through the dinky dressing room she shared with three other dancers, into the toilet, and into the office upstairs.
That’s where the trail ended.
The room had been cleaned up, but to me, the splashes of her blood were as clear as if they’d been sprayed with luminol. She’d been stabbed on the desk, and fallen to the floor.
She’d crawled for the door and been stopped.
Someone had kicked her then, and the boots had been coated with her blood and left tracks.
I knew I’d find those boots.
I could have called the cops, but there’s always the chance they would bungle the case and mess up.
I couldn’t trust the cops to do my job.
I’d find the guy who killed my Selena.
You may have heard all vampires are cold-blooded killers.
Turns out that’s true.
Posted by Katherine Tomlinson at 2:05 PM