A Different Kind of Christmas story 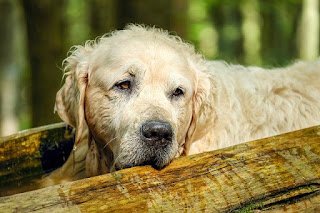 Christmas dinner at our house is always a big deal.
Maura always brings the candied yams. She makes them with pecans and orange juice and marshmallows and crushed cornflakes on top so they’re squashy and crunchy at the same time.
She’s the only one who ever actually eats them; the rest of the family prefers to load up their plates with Helen’s sour-cream garlic mashed potatoes and Sylvia’s cauliflower cheese and Nissa’s cornbread stuffing. Plus there’s always macaroni and cheese and corn pudding and green bean casserole and buttered Brussels sprouts and Aunt Rose’s cherry Jell-O salad.
Theo, the only brother, always brings carrot sticks and celery stalks stuffed with pimento cheese. Nobody eats those at all, but it is a tradition, so he brings them, and Mom always throws them away after she lets me lick the cheese out of the channels in the celery.
Theo’s my boy. When we were both little, I’d sleep on his bed and he’d hug me like a stuffed animal and tell me his secrets. When he got ready to leave for college he hugged me and explained that he was going away but that he loved me and would be back. I licked the tears from his face but didn’t really understand what “going away” meant until I realized I couldn’t smell him in the house any more. That made me frantic until Mom found an old sneaker that had Theo’s scent all over it and let me have it to chew on.
Dad always carved the turkey and he did it the old-fashioned way, with a bone-handled carving set that his father had used and his father before him. Sylvia’s husband Daniel thought that was a very inefficient way to do things and one Christmas, he’d come over to the house with an electric knife in one hand and a big cheesy grin on his face. He’d pushed Dad aside at the head of the table and turned on the knife.

Daniel has no conception of his order in the pack. Dad’s the alpha. Theo is the Beta. I’m the Omega. I don’t know what comes after Omega, but that’s Daniel. Dad should just bite Daniel in the throat and have done with it. Or mount him. To make it worse, Daniel’s a cat person.
The year Daniel had given Dad an electric knife, there had been an unfortunate accident that resulted in Mom getting a new dinner table at the after-Christmas sales at Wertz Brothers. After that, Sylvia’s husband kept his stupid electric knife to himself and only opened his mouth to shovel in more turkey and pumpkin pie.
Every year one or another of the sisters made noises about having the Christmas feast at their house the following year so that Mom didn’t have to go to so much trouble.
Every time someone said that, their husbands looked horrified and then tried to cover up their dismay by claiming indigestion. Truth to tell, Mom wasn’t about to relinquish her role as queen of the holiday and woe betide any of her daughters if they’d tried to insist on taking over.
But this Christmas I could sense something was different. It wasn’t just that I could smell the vodka on Donald before he even took off his overcoat. It wasn’t that Nissan dropped the glass casserole dish with the cornbread stuffing on it and started to cry. (It’s not like she made it from scratch. Everybody knew she bought the box of dried cornbread cubes and just threw in some canned chicken stock, a stick of butter, and about half a little can of ground sage.) And it’s not like one less starch on the table was going to upset anyone. Not when there were biscuits and yeast rolls and Aunt Pearl’s cornbread.
But this holiday was different because Theo had brought his boyfriend home. Everybody knew that Theo only liked girls as friends and when anyone asked if Theo was “seeing anybody,” Dad always got real quiet and never mentioned the roommate who shared his two-bedroom condo in Atlanta. Nissa and Maura had met Max and they liked him a lot. Maura had told Mom that he didn’t look gay at all, and that made me sad. Being around Theo always made me happy so I wondered why Barton didn’t look happy.
Theo had always been good to me. He understood the difference between going on a walk and just jerking me around on a leash long enough for me to do my business. His sisters were always in a rush, didn’t realize the importance of taking time to stop and smell the roses, and the trees, and the hydrants.
I liked Max.
He smelled good. And he knew how to greet a dog, holding out his hand respectfully for a good sniff. Daniel made some snarky remarks about me sniffing at his crotch and butt, which embarrassed Max for some reason. Maura changed the subject with a glance at Sylvia, who just sat there looking mortified.
Poor Theo. He’d always had a hard time standing up to his bully of a brother-in-law. I’d heard tense, unhappy conversations in the bedroom when Sylvia talked to her younger brother, but the sorts of things she was saying really didn’t make sense to me. I could smell her sadness, though, and always gave her hand an extra lick so she’d know I was thinking about her.
During the meal, Donald drank a lot. And he just kept picking at Theo and Max until finally Theo had enough and he threw down his napkin and told his mother that he thought he and Max should go. They had plans with friends later. Mom was upset, but Dad was kind of relieved, I think. He loved Theo but he hated confrontation of any kind.
Max told me it was good to meet me and ruffled my fur. Theo told me I was a good dog and he’d see me soon. Then they were out of the door and the whole room seemed to get very quiet.
Donald, of course, had something mean to say and seemed surprised that nobody seemed to be listening. So he went back to stuffing his face. He was reaching for the sweet potato casserole when it happened. He suddenly seemed to lurch and lose his balance and he plunged right onto the table and right onto the prongs of the carving fork, which was lying tines up in the serving dish. The tines punctured his skin and slid into his flesh, just missing his thorax and ribs.
It had happened so naturally no one thought to look for an external cause for his clumsiness. And the only one who saw me was Mom. And she wasn’t going to tell anybody how I sneaked up behind Donald and bit him on the ankle just as he was leaning over. (If he’d been a more polite person and had asked someone to pass the sweet potatoes, it wouldn’t have worked.)
Sylvia shrieked of course, but then, Daniel was her husband and I guess she had to make a fuss. Maura, the oldest and most sensible of the sisters, whipped out her phone and called 911. They took forever to get to the house, and by the time they arrived, Donald was dead, his blood spreading out on the table like crimson gravy.
The newspaper obituary called his death “an unfortunate accident.”
No one ever thought to ask why he’d tripped—they just assumed he was a clumsy drunk.
No one ever suspects the dog.

Posted by Katherine Tomlinson at 10:14 PM