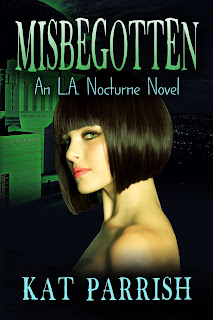 Years ago, when I published Dark Valentine Magazine, I wrote a story called "Tired Blood" that featured a vampire so old he'd contracted dementia. I fell in love with the characters and the world, which was set in a UF version of Los Angeles. I've been playing in that world, off and on, for a decade now. (I wrote enough short stories in the world that I have a whole collection, LA. Nocturne.)

I've been working on the novel-length story in the world for nearly that long and next month--yes, next month--it's finally coming out. It's on preorder for 99 cents and if you like vampires and werewolves who aren't sparkly or tattooed, you might like it.
Posted by Katherine Tomlinson at 10:31 AM