This has been a year of terrible natural disasters, from the hurricanes to the horrifying fires now burning in California to the deadly 7.1 earthquake in central Mexico. and that's not even counting flooding in various parts of the world. Even a little bit of money (what the politicians call "small dollar donations") can go a long way toward helping people who need help.

And because you work hard for your money, you'll want to make sure your money works hard for you. Avoid scamsters. check in with Be Wise to see how your charity stacks up. 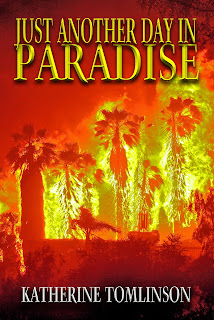 Here's a list the L.A. TIMES published of places you can send help.  Here's a more extensive list. An d because L.A. is my second hometown and I place I dearly love, I will donate 100% of the proceeds for every copy of my short story anthology, Just Another Day in Paradise, that I sell for the next six months.  Not my royalties, the actual purchase price. (It's only 99 cents.)  The cover image is by a firefighter who also takes photographs. The photo was from another of the apocalyptic fires that periodically rage through the area.

The most powerful earthquake I ever experienced was the Northridge quake of 1994, which had an official magnitude of 6.7, although I've seen estimtes that it was at least a 6.9.  The earthquake that hit central Mexico earlier this year was a 7.1.  Let that roll around in your head.  At 6.7, you actually hear the freight train roar of the earth grinding together. I can't imagine how much more terrifying that sound would be if it were magnified. L.A. was relatively lucky with that quake. A lot of us lost power and water,. There was structural damage all over the city. (A brick building a block from my apartment building SHOOK ITSELF APART.  It was pretty scary looking. But Mexico?  Not that lucky and they are still in dire need of help. 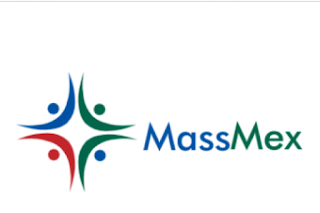 Here's the New York Times' list of places to send your help. Here's a special GoFundMe page, which has raised 17K (of an admittedly modest $15K goal)

It's been nearly three months since Hurricane Maria devastated Puerto Rico and the people there are still pretty much on their own. Local agencies have taken up the slack and they desperately need help. Remote Area Medical (RAM) is an organization that's leading the way. Here's Save the Children's Hurricane Maria Relief Fund.  Here's an extensive list put together by PBS last month.
Posted by Katherine Tomlinson at 11:20 AM