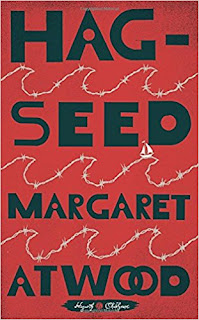 i'm surious how much of a feminist take on the play Hag-Seed will have. One of the things that has always bothered me about The Tempest is the way Prospero stole the island from Caliban's mother, the witch Sycorax.
Posted by Katherine Tomlinson at 2:00 AM