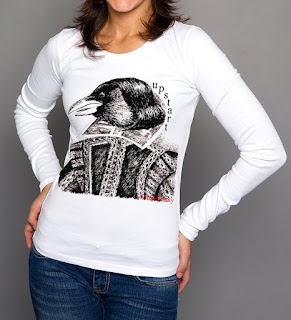 I do like the phrase, "Upstart Crow," though.
Posted by Katherine Tomlinson at 12:46 PM