If you're not the predator, you're the prey! 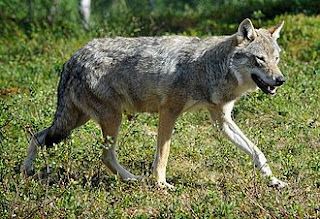 There are a lot of people who dream of selling a script for big money and seeing their work turned into a movie starring Ryan Gosling, Angelina Jolie or Seth Rogen. There are even more people who dream of exploiting these people, trashing their dreams by lying to them and misdirecting them and charging a lot of money for their services. I often cross paths with these predators and they make me angry. I also often cross paths with their victims and that makes me sad. Because people who trample on other people's dreams and take their money under false pretenses are scum.  This morning I ran into a writer on Craig's List who was looking for someone to format his script properly.He didn't know what he needed was someone with access to Final Draft software.  He'd been told " If it was in the correct script format for submitting to the "Writer's Guild he'd have a script that was a movie."
I don't know who this "reputable script advisor" (the writer's words) was, but I'd like to shake her until her teeth rattle.  the writer also admitted that he wasn't a professional writer in the ad, which raises even more warning flags for me. I breifly worked for a service that provided notes for would-be screenwriters and while I saw several promising scripts, I never saw one that simply needed re-formatting to "be a movie."
It's an insanely competitive business.  Being told all you need to do is reformat your work and you're good to go would be like an agent telling me all I need to do is change the margins on my novel manuscript and I'm on my way to a seven figure sale at Simon & Schuster. JUST. NOT. GONNA. HAPPEN.

Wolves aren't just out there preying on screenwriters, though. I see ads for "publishing packages" every day in which people offer their services to writers who want to self-publish. If you don't have photoshop or art skills, you are going to have to buy a cover from someone, but it shouldn't cost you $500. (Go to Indie Author Serivices and get something great for under $100. They often run specials in the summer for WAY under.) There are online tools to help format manuscripts for upload to the various sites. And Smashwords has a tutorial that can walk even a techno-challenged newbie through their process. In other words...don't pay some predator money you could be spending on promtion or travel to a convention or even just on groceries.

Posted by Katherine Tomlinson at 9:41 AM