Not everything is online. 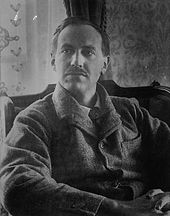 Every day of last year, I went looking for a new short story to post on the 365 Short Story a Day challenge. I had decided that I would only post one story per writer and that I would not post a story that another participant had posted. Two of us posted Evan Hunter's "The Last Spin" and I think there was an overlap on one of Thomas Pluck's stories, but the only time I broke my self-imposed rule on purpose was the day Ray Bradbury died. I had already posted his "Small Assassin" story but on that day I posted "A Sound of Thunder," which is one of my all-time favorite time travel stories. Jimmy Callaway's "Night Train to Mondo Fine," is probably second on the list, with Brian Trent's "Down Memory Line" third.
But I digress.
One of the stories that was posted early on was Lord Dunsany's "Two Bottles of Relish" and visitors to the 365 site were consistently lured there by the story post. I've been looking at those posts for a year and saying to myself, "I must read that story."

Well, here it is the last day of the year and reading the story was something I want to cross off the 2012 list.  But the story is not available in print on the web! How can that be? There are summaries of the story. There's a cool illustration/short summary inspired by the story (here).
There are also a few places where you can listen to it on a podcas or a full-blown dramatic interpretation (like here on American Radio Theater). There's also a one-act play online, which turns out to be the script for the American Radio Theater production.
I couldn't actually believe that such a classic story wouldn't be online, so I Googled around for quite a while.
I finally gave up and read the transcript of the radio play.  Some time soon I'll check out Dunsany's collection at my library and read the first person tale the way it was meant to be read. But for now I know why the murderer chopped down all those Larch trees...

Posted by Katherine Tomlinson at 5:25 PM