Joyeux Noel everyone. In the first part of the2012 Kattomic Energy Gift Guide, the focus is on Francophiles. 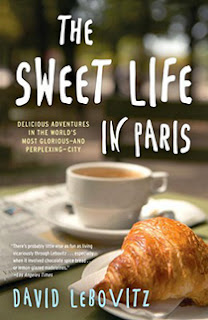 Books:  French cooking began, at least for most American cooks, with Julia Child's Mastering the Art of French Cooking. Snag the 50th anniversary edition for $24 at your favorite bookstore. Find it at Amazon here. David Lebovitz's The Sweet Life in Paris (subtitled "Delicious Adventures in the World's Most Glorious and Perplexing City") is a great introduction to the food culture of the French capital. (There is a right and a wrong way to work your way around a cheese plate.) You can buy it new for $23 or used for as little as $5. (I often use the "buy used" option from Amazon's sellers and most of the books I've purchased arrive looking brand new.)

All of the Barefoot Contessa's cookbooks are wonderful and her Barefoot in Paris is one of those cookbooks that's as fun to look at as it is to read. It's just a beautiful book and the recipe for pear clafoutie is to die for. Available for under $20 in both print and ebook.

If you're frustrated that you can't order anything from Amazon France unless you're actually in France, check out French Books Online, a source for French language books in many genres as well as audiobooks, some of them bilingual. Authors in their policiers (crime thriller) section include Pierre Simenon (fils de Georges), Jean Amilia, Brigitte Auber, and Tonino Benacquista.

Chocolat is everybody's favorite French movie starring Johnny Depp. Buy the novel by Joanne Harris it's based on. 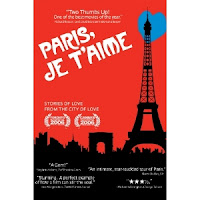 Movies: The French invented the term "film noir" so as you might expect, they also perfected the art. The 1943 film Le Corbeau (the Raven) is arguably the best example of the genre. There's a fabulous Criterion Collection edition available, but it's pricey ($70) and according to Amazon, they only have four left in stock.

Paris Je T'Aime is a cinematic love letter to the city, and stocking stuffer priced at under $8.


Art:  French-themed posters are way beyond that ubiquitous Le Chat Noir image. Impressionistheart over at Zazzle has a lovely, moody Eiffel Tower poster (16x 12) for just $10.90.  For something a little more whimsical, there's The Eiffel Tower in Paris, an illustration available from Tubidu Graphics on Etsy in a variety of sizes, starting at $20. (The illustration is also available as part of a set of three.)

Paris as Seen by Painters playing cards double as educational tools.  Each of the cards in the deck features a different painting, including the name of its painter, the location in Paris featured, and the name of the museum where it can be seen. Available for $14 from Souvenirs of Paris.

Food:  One of my favorite perfumes is Hermes' Green Oranges (Eau d’orange verte), and I was delighted to find that there's an Hermes Oranges Green Tea available from Culinary Teas.

Bonne Maman brand jams are pretty widely available in upscale supermarkets, but it's a lot harder to find the brand's chestnut spread. The Frenchy Bee has it for $6.50 per 13-oz jar. Other delicacies available include a trio of artisanal seasoned salts--truffle, saffron, and porcini ($74.99), Pommery Gingerbread French Mustard ($16.50), and assorted French sweets.


Scent:  According to the Perfume Shrine site, the best-selling perfume among French women last year was Dior's J'adore, followed by Dior's Miss Dior Cherie. If your knowledge of French perfume begins and ends with Chanel No. 5 (and really, what other perfume do you need?), check out their list. And if you want to smell like a Parisienne, you can buy Dior J'Adore at Sephora,  where it is $82 for a 1.7 oz. spray.

The lavender fields in Provence are internationally famous, and there's something about the scent that just says "France." Lavender Fanatic is a family-owned operation in California that creates lovely products from lavender sourced in both France and California. Among their best sellers are lavender-scented candles ($7.50-$12.50), a bath salts box for $16 and a lavender buckwheat pillow for $45.

Candle Delirium, a mail-order source for luxury candles, has a whole section they call "Parisian holiday." You can buy a Riguad "Cypress" candle for $38, a Christian Tortu "Forest" Candle ($58) or a Herve Gambs vetiver and agarwood candle for $60. If you literally have money to burn, you can purchase Cire Trudon's signature "Moroccan Mint Tea" candle that weighs more than six pounds and is guaranteed to burn for more than 200 hours. It costs $450.


Lessons:  Sur le Table offers courses in French cooking year round, and they do have gift certificates. Rosetta Stone is currently running a sale on their fantastic Learn French with Rosetta Stone. Normally it's $750; right now it's $399, plus free U.S. shipping. DVDs of the formidable Ms. Child in The French Chef start at just under $22.

Cinema for French Conversation is a book that uses French film to teach conversational French, which is a great idea. It's $31.50 new, $18 used. 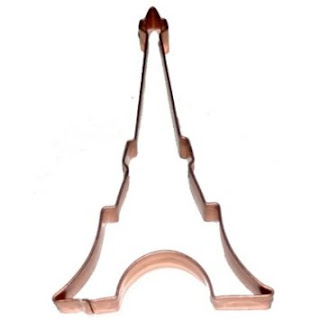 Stocking Stuffers (under $10):  But of course you must have an Eiffel Tower cookie cutter. If there's a Sur La Table near you, they carry it (along with a huge selection of French bakeware, French linens, and imported food). You can also buy it at Amazon for $8.99. Slip of vial of lavender essential oil from Lavender Fanatic in with the candy canes and chocolate. Just $9.89. Party City sells chrome Eiffel Tower bottle openers for $2.99. A seller on eBay has cast-iron versions on sale for $8.99.  The Souvenirs of Paris website offers a slew of Paris-themed keychains for cheap.

Anyone who has ever misused the French phrase for "to kiss" (in some contexts it means something a LOT more intimate) will appreciate the gift of Dirty French, a compendium of everyday slang from "What's Up?" to coarser phrases. Priced for giving at $8.