Friday Food Rant and a Recipe 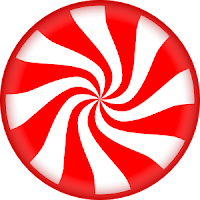 I'm currently acting as a consultant on a cookbook for diabetics. The research has been fun and in going through my own files of recipes, I've been reminded of old favorites I haven't made in awhile. (Keema!  I love keema!) But what it's also brought home to me is just how many recipes still use highly processed ingredients. (Let's not even talk about my mother's cook books from the 60s, which were full of recipes that required "Accent" and were either filled with mayonnaise, which I despise, or bacon, which I adore but don't eat.)
Seriously, who eats "whipped topping" when they can have luscious real whipped cream? And yet, every other pie recipe I've run across requires a tub of Cool Whip.
And speaking of whipped cream--here's a recipe my mother called "Corsetiere's Despair." It could not be simpler or more decadent.

Pulverize the candy in a blender or food processor, leaving about half the pieces coarsely chopped and reducing the rest to powder.
Fold the powdered candy, the salt and about half the coarser pieces into the whipped cream.
Place the mixture in a serving bowl.
Drop the food coloring on top of the mixture and using a knife, slash through the whipped cream to create swirls of red.
Sprinkle the rest of the coarser pieces of peppermint over the mixture.
Cover and freeze until firm.

My mother served this with dark chocolate wafers.

Posted by Katherine Tomlinson at 12:31 PM