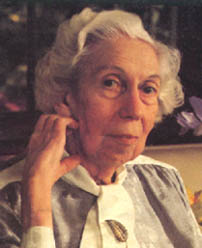 Eudora Welty won the Pulitzer Prize for her 1973 novel, The Optimist's Daughter. Ten years after her death and almost 40 years after it was published, you can buy a digital copy of The Optimist's Daughter with one click. I hope she'd be pleased. She was a woman ahead of her times in so many ways, I'd like to think she would have embraced the ebook revolution.
The Optimist's Daughter was my introduction to the writer. My mother was reading it at the same time her father's long and painful final illness was coming to an end, and she found it almost unbearable to read.
I didn't have the same personal, viscderal connection to the material, so my reading was an entirely different experience.
It's not a novel with a lot of plot but her characters...her characters were so real and rich and right, that I knew her work was going to set the bar for me in my first fumbling attempts at writing my own stories.
Miss Welty (and such was the force of her personality, that even her most ferocious fans felt self-conscious about first-naming her) began, as so many novelists do, writing short stories.
Two of those stories, "Death of a Traveling Salesman" and "Why I Live at the P.O." should be required reading for anyone who wants to practice short fiction. 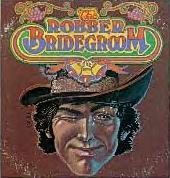 Shortly after I moved to Los Angeles, The Robber Bridegroom came to the city on its way to Broadway.  An adaptation of Miss Welty's novella of the same name, a romantic fable based on real-life stories of robbers who used to ply their trade along the Natchez Trace. (Miss Welty was from Mississippi.), it was a musical with book by Alfred Uhry (Driving Miss Daisy) and music by Robert Waldman.
I saw the play five times, which probably had more to do with my appreciation of Barry Bostwick, who played the title role, than my love for Southern literature, but the play was charming. (And if you know Bostwick only as the bombastic mayor in Spin City or as Brad in Rocky Horror Picture Show, here's a clip of him performing "Fathers and Sons"  in the Studs Terkel musical Working.)

My all-time favorite work by Miss Welty, though, is the quintessentially Southern novella The Ponder Heart.  Narrated by Miss Edna Earle Ponder, it's the story of (among other things) the romantic misadventures of her Uncle Daniel Ponder. It also contains one of my favorite  insults of all time. Speaking of the trashy young woman Uncle Daniel has taken up with, Edna Earle dismisses her as the kind of woman who "makes the kind of fudge anybody can make."
The Ponder Heart was turned into a play and also into a movie (with David Wayne as Uncle Daniel) and it's the kind of story I'd like to see remade instead of yet another remake of The Three Musketeers.

If you ever used the email program Eudora--it was named for her, which is kind of cool.
If you want to know more about Miss Welty, read her bio on Wikipedia.
Then go over to Amazon and buy one of her short story collections. You can purchase a copy of The Collected Stories of Eudora Welty for two cents plus postage.  Two cents!!  Can you even still buy a gumball for that?
Posted by Katherine Tomlinson at 11:52 PM