Step Away From the Netflix 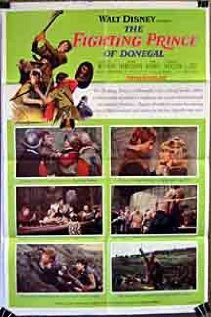 I share a household NetFlix account with someone whose movie tastes are WILDLY divergent from mine. Last night I was in the mood to watch something and all the suggestions that came up were based on his ratings of 800 or so movies. So we finally separated our ratings and queues, which still left me looking for a movie. But first...I needed to input a few ratings to get the ball rolling. That was last night. Less than 24 hours later I have ratings for 1504 movies and counting. Now I'm kind of obsessed with it. And annoyed that a lot of the movies I've seen (bad martial arts movies, for example) are not in Netflix.
Seriously, where is Loren Avedon's King of the Kickboxers? Filmed in Thailand with Billy Blanks of Tai Bo fame, the always reliable Don Stroud and Sherrie Rose?
Where is the terrific Disney adventure The Fighting Prince of Donegal? Ii think I saw the movie on the Sunday Disney show at some point but I remember it being full of derring-do. I like my historical shows a little darker these days--I can't believe tonight is the second-to-last episode of Game of Thrones for the season--but at the time, it was terrific.
Posted by Katherine Tomlinson at 5:51 PM