Reading for the Apocalypse 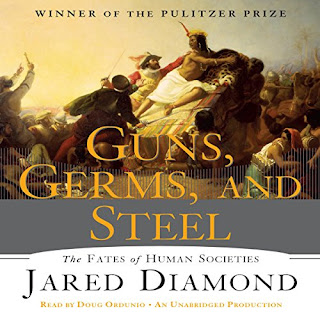 In a parallel life I would have been an epidemiologist. Ever since I read Guns, Germs, and Steel, I’ve been fascinated by the interaction of plagues and society. (Another book along the same lines that has been in my library for years is Plagues and Peoples, along with Ken Alibek’s book about the bio-weapons lab he ran. It’s called Biohazard and it will keep you up at night.) Laurie Garrett’s book The Coming Plague is a sobering, informative read. You might have seen her interviewed on The Rachel Maddow Show recently. She did not have good news about COVID-19. And the Band Played On, the monumental work about the AIDS epidemic by Randy Shilts (who died of AIDS at 42.) is a must-read.

I’ve been thinking of fictional plague books lately. I’ve read a lot of them, and am wondering what else is out there that I haven’t read. I subscribe to the service K-lytics, which tracks genres in books, and a few months ago dystopian books—particularly ones featuring disasters like plagues and EMP episodes—were all the rage. I’m wondering if people are still fascinated by those “what if” books now that we’re in a real-life plague crisis of our own. Would reading those books now allay anxiety or make it worse? Could anything be worse than refreshing news feeds every two minutes?

The best plague novel I ever read is probably Stephen King’s The Stand. I read it when I had one of the worst colds I’ve ever had in my life (I don’t get colds often) and that added to the experience. I’m also a huge fan of the miniseries, which you can watch in full on YouTube. The second best is The Book of M, a debut novel from Peng Shepherd in which the “plague” is not medical but something else as people lose their shadows and their memories. I loved Connie Willis’ The Doomsday Book, which threw in a little time travel. (If you ever have an opportunity to hear her speak—as I did at Comic-Con a decade ago—take it. She’s funny, lively, and altogether engaging. My favorite book of hers is To Say Nothing of the Dog.)

I also read Dean Koontz’ book, The Eyes of Darkness, which some people are claiming “predicted” the current coronavirus epidemic. Koontz has disavowed that and really, just because a book has a pandemic in it does not mean it’s prescient. 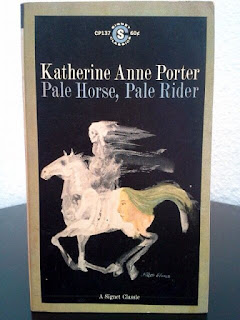 I’ve read Pale Horse, Pale Rider by Katherine Anne Porter, which was written about the Spanish flu epidemic. I’ve always been fascinated by that period because my paternal grandmother died of Spanish flu and I read this book because I’m somehow—distantly—related to Porter through our mutual ancestor, a ship captain named either Patrick or Phillip Porter who came to the new world in the 1600s.

Like everybody else, I read The Andromeda Strain by Michael Crichton. And saw the movie. Years later, I did some research for the late, great Michael Crichton. (I was such a fan girl I was too shy to tell him how much I loved his work.) I wish he were around today to offer his perspective on what’s going on.

At some point I also read Gabriel Garcia Marquez’ book Love in the Time of Cholera, and although it’s considered a masterwork, I don’t remember much about it at all except a quote from the author about plagues feeling like “destiny.” For anyone brought up with a Sunday School education, plagues feel like more than that.

Books I haven’t read: Albert Camus’ The Plague; Daniel DeFoe’s Journal of a Plague Year. (You can read the Defoe book for free on Project Guttenberg’s site. I skimmed a few pages as I checked this link and am definitely going to go back. Defoe’s writing is pretty accessible and him talking about how he and his neighbors have heard the plague has returned to Holland feels like a conversation anyone could have had a few months ago. “Oh that plague in China is awful.”)

There are currently a lot of people putting together books with plots about plague. Many of them have books that sound fascinating. I’d heard of Margaret Atwood’s Oryx and Crake, but not The Children’s Hospital by Chris Adrian. I’m really curious about Beauty Salon by Mario Bellatin (the plague has killed only men and the title refers to a beauty shop that’s become a hospice.)

If you want more suggestions, check out Holly Genovese’s list of both fiction and nonfiction. And of course Goodreads has their lists, broken down into categories. Happy reading! And wash your hands.

Posted by Katherine Tomlinson at 3:43 PM