You have a knack for writing horror. Are you working on a longer piece? It’s stalled but yes, I’m plotting out a novel inspired by the 1958 Our Lady Of Angels school fire.  My school is—let’s say haunted—by the past transgressions of a number of teachers and students.   That’s vague, I know; it’s just that sometimes talking about a story robs the writer of the need to get it down on paper.

Did you ever write a fan letter to a writer you admired? If so, did they respond?  After I read The Murder Of Tutankhamun I sent a fan letter to author and Egyptologist Bob Brier.  He sent back a really nice thank-you on university letterhead.

6.       What’s on your TBR pile?  I have a stack.  I’m halfway through Yuval Noah Harari’s Sapiens, A Brief History Of Humankind.  To Be Read are Eric Larson’s Dead Wake, about the sinking of the Lusitania and Lyle Blackburn’s The Beast Of Boggy Creek, about the Bigfoot sightings in rural Arkansas.  Plus eight or ten more books on my Amazon Wish List.

7.       What is the first book you remember reading? I don’t remember.  The first book I read in one day was Harriet The Spy by Louise Fitzhugh.  Interestingly, I didn’t learn to read until I was ten but was reading at college level by age twelve. 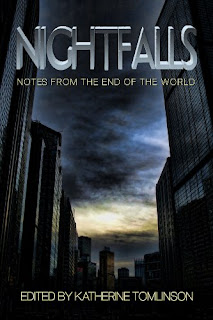 8.       What piece of your work are you most proud of?  I wrote a story for Astonishing Adventures called “Felis Dirus.” It was inspired by the true account of a nursing home cat who would select a resident to sleep with overnight.  Invariably, it turned out to be the last night of the person’s life.  I still like the twist at the end.

9.       Have you ever used people you know as characters? Based stories on real things that happened?  Oh, you betcha.  I used my bullying, late brother for the kid in “The Mother Of Crawly Things” and at some point I plan on using a horrible ex-boss; I just have to find the right story.

A lot of your stories could be categorized as horror. What’s your favorite horror movie?   I love-love-LOVE the original Omen, Alien and Aliens.

1    Have you ever read a horror novel or “true horror” story that actually scared you? Yes.  I plead the young age at which I read The Amityville Horror, which I bought entirely. I now know that it’s no more true than Lorraine and Ed Warren’s account of “possessed” doll Anabelle, but it scared the crap out of me at the time.

1Have you ever written a story that you wouldn’t want your family to read? Nope, sorry.  But then my surviving brother is unflappable and besides, I have yet to write any steamy sex scenes.

Posted by Katherine Tomlinson at 8:58 PM