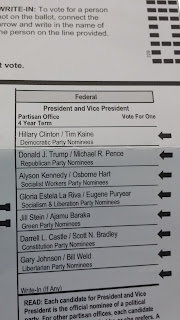 So yes, a woman is running for president, the nominee of a major party.
And also there's Jill Stein, who is running for the Green Party.
But I did not know that there are two other women running for President this year. There's also Gloria La Riva of the Socialism and Liberation Party and there's Alyson Kennedy of the Socialist Worker's Party. You can see Alyson Kennedy talking about a woman's right to choose here. You can see Gloria La Riva's stance on the issues here. 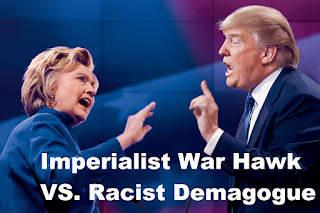 It's interesting looking at the platforms of the two lesser-known candidates. La Riva, for instance, shares my stance on the minimum wage. On her web site you can find this meme--which pretty much sums up La Riva's belief that there is no "lesser evil" among the two main party candidates.
Here's a site where you can download information on Alyson Kennedy and her running mate Osborne Hart.You can download their statements on police brutality and killings, as well as a statement of solidarity for the working people of Syria. 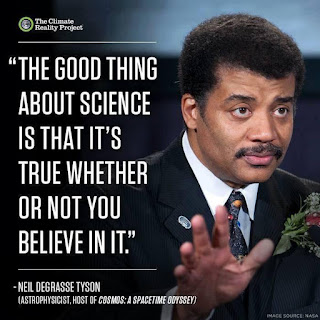 In an election year that's been nothing but hateful, and where the issues have often gotten lost in the rhetoric and the name-calling and the just plain bad behavior, I really like these women's no-nonsense approaches to the issues close to their hearts. And a lot of those issues are close to my heart. Gun control and climate change are important to me and they've mostly been absent from the national conversation this election cycle except for Trump's "She's taking away your guns!" rhetoric. Climate change? Thank God for people like Neil DeGrasse Tyson.
I believe in spirited discourse.
I believe in the exchange of ideas.
I'm glad there are other political parties working for change.
And I really celebrate the four women who are headlining their parties' tickets. Because I'm only going to vote for one; but it's long, long, long past time that I had the choice of women of every political stripe. And in case it's not obvious--I'm with Her but I think we're STRONGER TOGETHER.

Posted by Katherine Tomlinson at 4:55 PM