In my misspent youth, I lived in Honolulu for a year, working as an assistant editor at Aloha Magazine, a gorgeous, slick quarterly magazine that mostly catered to the tourist trade. I lived in a high-rise apartment that overlooked the Iolani Palace (familiar as the office of the original Hawaii 5-O) and Punchbowl Veteran's cemetery. Of the many things I appreciated about Hawaii after living in Los Angeles was that the air was always warm and scented with flowers not car exhaust. When I think of Hawaii, I almost always think of flowers.

Hawaii is made of flowers--many of which are too delicate to transport to the mainland. I grew particularly fond of pikake, which is often used in lei-making.  Pikake" is the Hawaiian word for jasmine. One of the showiest flowers I saw in Honolulu was torch ginger. It was used a lot in hotel flower arrangements and my office was originally in a hotel.  (At the time, Don Ho was the biggest act in the islands and he appeared at the Hilton Hawaiian Village. I often shared an elevator with Mr. Ho, who was always cordial.)  The other cool thing about the hotel (a rumor management tried to stamp out) was that the goddess Pele was said to make appearances every once in a while. Pele's an intriguing and powerful goddess. When she appears to mortals, it's (usually) in one of two forms--either as a beautiful woman or as an ancient crone. She's usually wearing a red dress and fire is usually invovled.  I cannot tell you how much I wanted to run into Pele.  But I digress. 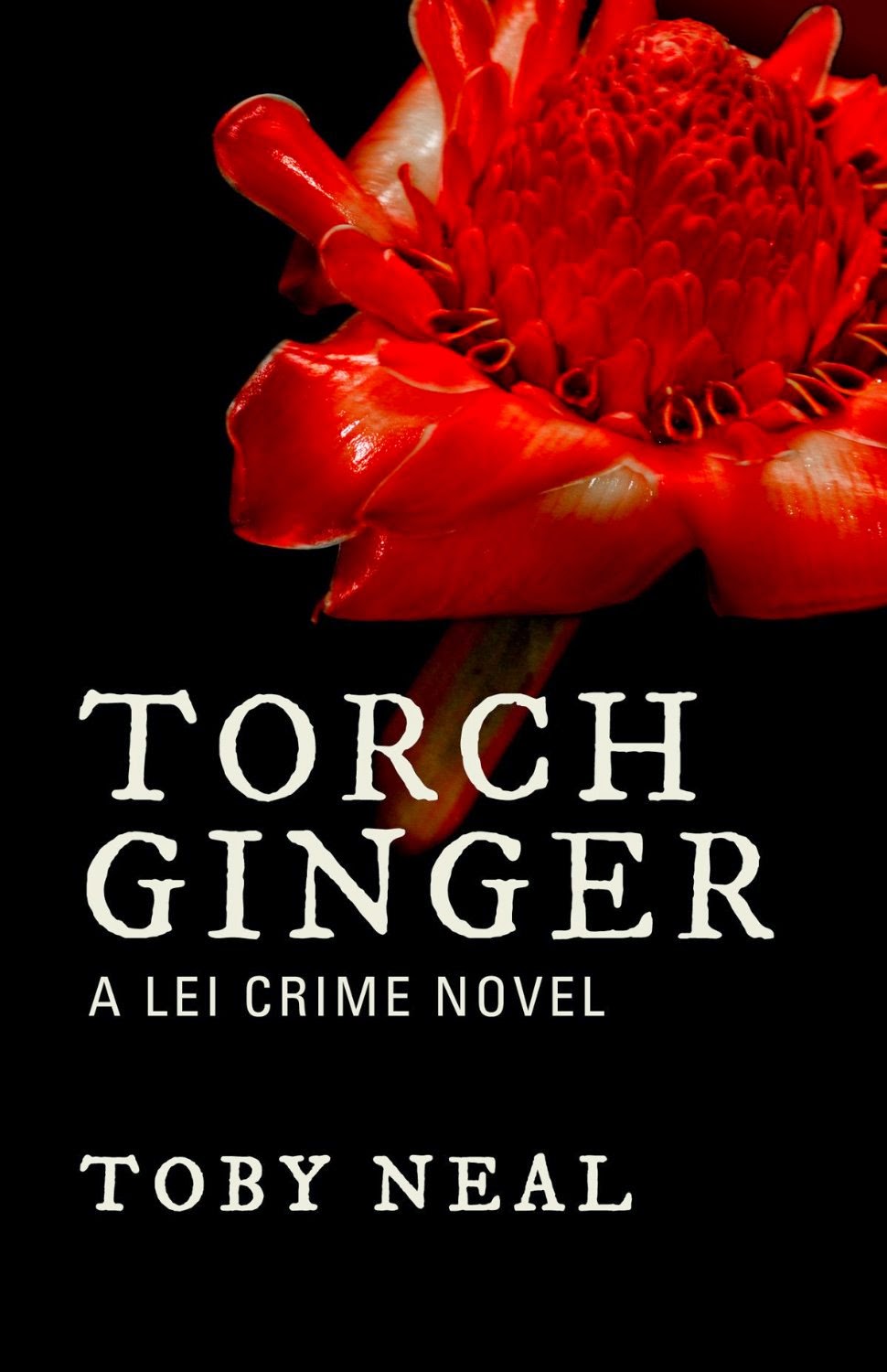 Torch Ginger is also the name of one of Toby Neal's "Lei Crime" series mysteries, and a book I snagged when it was being promoted as a freebie for Kindle. If you're like me, you've probably wondered if giving a book away free does anything for you except distribute your books into the wild, I can tell you that Torch Ginger made me a fan and I've since gone on to read (and buy) other books in the series. there are now six in the series (Shattered Palms, the latest, came out in March.) For those bemoaning the lack of women writing crime fiction that's about women, the novels are a treat. They "star" Det. Leilani "Lei" Texeira who not only island hops (this book takes place on the island of Kauai), but transitions from the police to the FBI. Neal's writing is very accessible and Lei is a likable character. You definitely need to check out the series, which begins with Blood Orchids.

Posted by Katherine Tomlinson at 11:47 AM